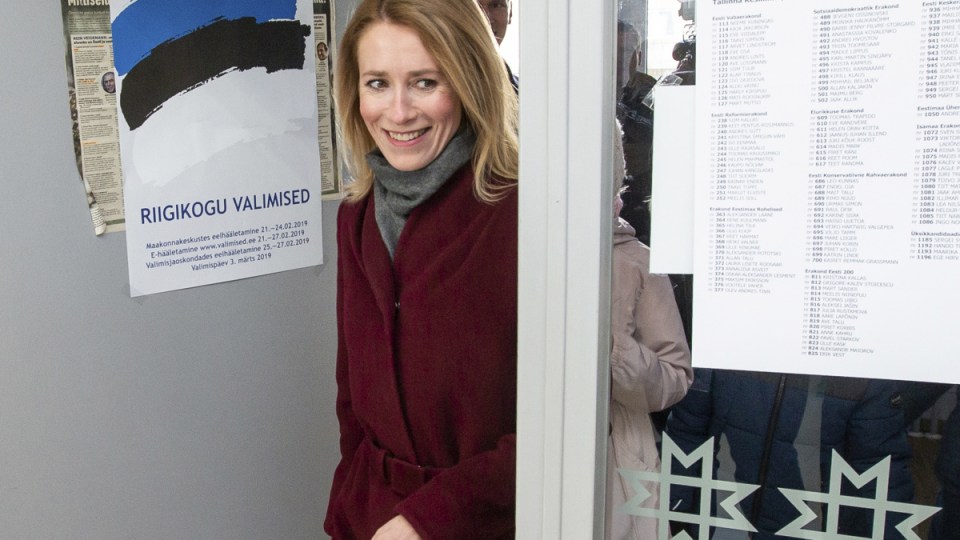 Estonia’s new government has been sworn in, officially making Kaja Kallas the country’s first female prime minister, in the wake of the previous government’s resignation due to a corruption scandal.

Kallas and her new Cabinet were sworn in by parliament on Tuesday morning, after being officially nominated by President Kersti Kaljulaid.

“There is a possibility to convert bad into good. It is an important opportunity,” Ms Kaljulaid said during the nomination in the early morning.

The 43-year-old Kallas, a lawyer and daughter of former EU commissioner Siim Kallas, takes over from Juri Ratas, who resigned two weeks ago in connection with corruption allegations against his Centre party regarding a state aid loan to a real estate project.

In the same week that Kamala Harris becomes the first female vice-president of the USA, Estonia will become the only country in the world that has both a female president and female prime minister👏 pic.twitter.com/0lpZDgWLXe

Although the country was facing a huge crisis with the coronavirus pandemic, this could be used as fuel for the future, the head of the pro-business Reform party said.

Kallas, of the Reform Party, is to lead a coalition with Ratas’ left-oriented Centre party.

The two parties have been the leading political forces since Estonia’s independence in 1991 and both strong proponents of the European Union and NATO.

The alliance comes with a majority of 59 out of 101 seats in parliament.

The Cabinet will be formed of six women and eight men, including Eva-Maria Liimets as foreign minister, Kalle Laanet as defence minister, Keit Pentus-Rosimannus as finance minister and Andres Sutt as foreign trade and technology minister.

Estonia swears in Kaja Kallas as its first female PM