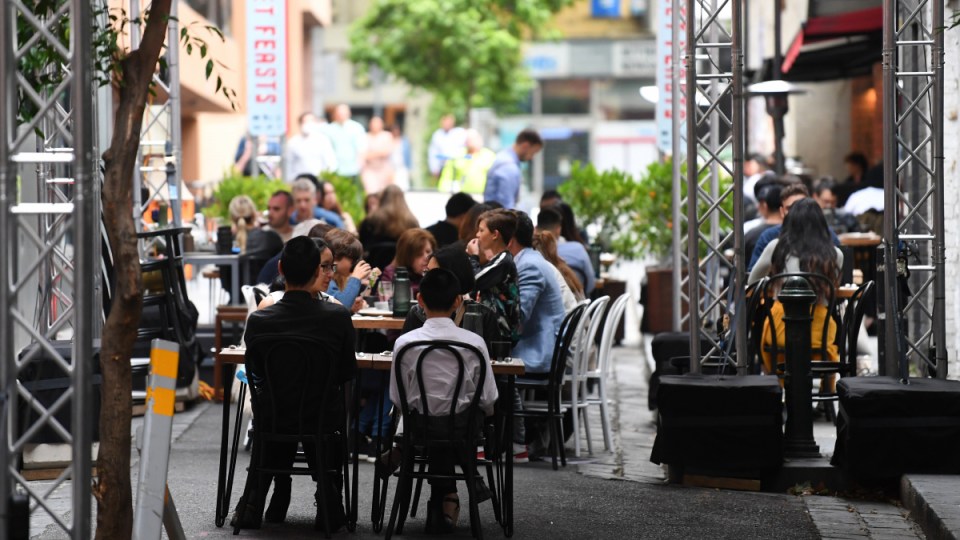 The new coronavirus infections come as the state works to get on top of a growing cluster linked to a Melbourne restaurant. Photo: AAP

Victoria has reached 20 days with no new local coronavirus cases, with only one new case recorded in hotel quarantine.

It is not yet known whether this case is connected to the Australian Open.

The state’s active cases remain at 31, while there were 11,656 test results in the 24 hours to midnight on Monday.

Meanwhile, the 72 Australian Open tennis players are counting down the days until their hotel quarantine finishes after some passengers arriving on three charter flights had tested positive for the coronavirus.

Spanish player Paula Badosa – the first to test positive to COVID-19 – has spoken to a Spanish newspaper about her confinement, describing her time in hotel quarantine as the worst experience of her career.

Last week, Kazakhstan’s world No.28 Yulia Putintseva complained she had been struggling to sleep in her hotel room due to rodents scurrying around. She was advised by organisers not to feed the mice or leave food out.

Badosa, 23 and ranked 67th in the world, said she felt “abandoned” by Australian Open organisers, was suffering from anxiety and claustrophobia, and has been using water bottles as weights to try to stay in shape.

“I feel abandoned because I don’t have training equipment which I requested five days ago,” she told Spanish newspaper Marca on Monday.

“I haven’t been told which type of the virus I have, I’ve had no information from the tournament.”

Badosa added that the room, which she is sharing with coach Javier Marti, was not suitable for an elite athlete.

“It’s far and away the worst experience of my career,” she said.

“The conditions here are lamentable, I wasn’t expecting that.

“The number one thing people recommend when you have the virus is to open the windows to let in air, but I don’t have windows in my hotel room and it’s barely 15 square metres.”

Badosa is due to leave quarantine on January 31, but if if she is found to have the new strain of the virus then it will be February 5. The tournament is due to begin on February 8.

“I have lost a lot of my fitness levels, especially my strength.

“If I can come out on January 31 I’ll have a week to get in shape. If it’s February 5 it’ll be impossible to recover in time.”

Australian Open organisers did not immediately respond to a request for comment.

The Spaniard arrived in Melbourne after playing in Abu Dhabi earlier this month and was on her seventh day in quarantine when her test came back positive.

A total of 72 players have been confined to hotel rooms for two weeks after passengers on three charter flights taking them to Australia had tested positive.