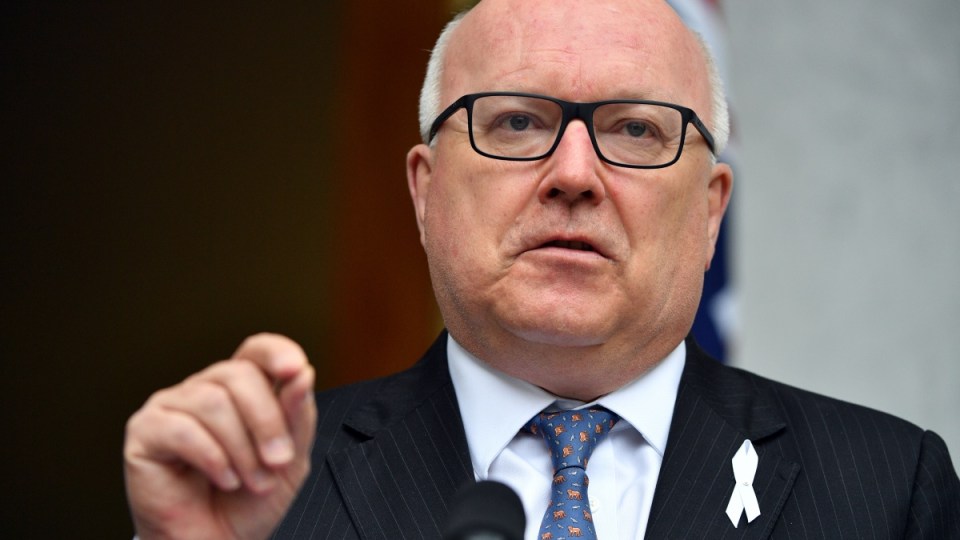 Australia's High Commissioner to the UK George Brandis criticised after spending almost a month off in Queensland over the Christmas break. Photo: AAP

The Prime Minister has defended a high ranking foreign diplomat who returned and took a holiday in Australia while thousands of citizens remain stranded overseas.

High commissioner to the United Kingdom George Brandis has been criticised for returning to Australia over the Christmas break, while many Australians are unable to return from the UK.

Prime Minister Scott Morrison defended Mr Brandis on Monday, saying he had returned in an official capacity and had not taken the place of a returning Australian.

“He did not take the place of any other Australian, he got on the same place that anyone else would,” Mr Morrison said.

“He actually had a meeting with me when he was back which is the case for most of the heads of missions of our senior posts around the country as well as with the officials and DFAT and other ministers.

“And he’s an Australian and he spent some time with his family in his home state while he was here.”

Mr Brandis spent almost a month holidaying in Queensland after completing quarantine and holding a series of meetings.

Other ambassadors and high commissioners stationed across the globe are also believed to have returned.

Mr Brandis’ holiday has been criticised by some of the almost 40,000 Australians still stuck overseas who are struggling to get home because of quarantine caps and limited seats on flights.

Australian doctor Phoebe Mackenzie, who travelled to the UK for specialist training, had her flight home cancelled.

“I don’t begrudge the man a holiday, everyone is entitled to have some annual leave, but the way this has been handled is really just horribly insensitive,” she told the Seven Network on Monday.

“When, miraculously, quarantine facilities are being found to house politicians and tennis players, the whole thing just stinks of hypocrisy.”

“These aren’t holiday-makers who are on an extended Contiki tour, these are people who want to come back and contribute to their communities,” she said.

“With Scott Morrison there’s one set of rules for a privileged few, while everybody else gets left behind,” Senator Wong said.

“We need a plan for safe federal quarantine to get Australians like Phoebe home.”

Labor MP Joel Fitzgibbon questioned why Mr Brandis was able to return while many others could not.

“I’m not so critical of George, I’m critical of the system which keeps giving us these inconsistencies,” he said.

“People can’t see their loved ones that may be dying but George is fairly able to frolic back into the country.

“Common sense has to prevail here.”

Nationals MP Barnaby Joyce said the former attorney-general’s holiday should not have been allowed while Australian citizens were unable to get home.