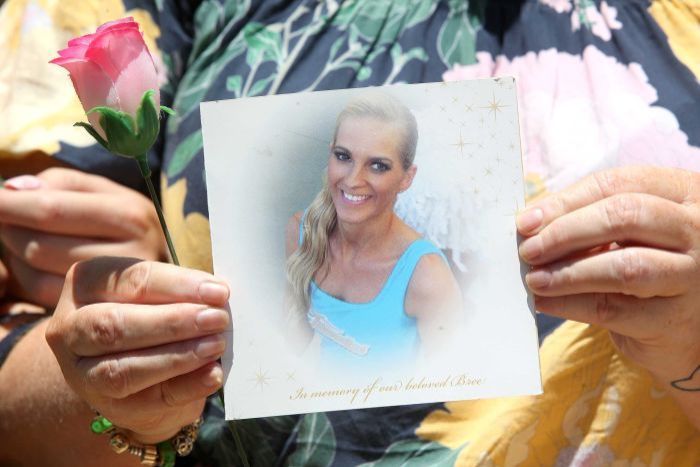 Breeana Robinson fell to her death from a Southport apartment in 2013. Photo: AAP Photo: AAP

A police prosecutor has told a murder committal hearing there is “sufficient evidence” to send a man accused of throwing his girlfriend from a Gold Coast high-rise to trial, eight years after her death.

Jayden Moorea, 47, has been charged with the murder of Gold Coast Titans cheerleader Breeana Robinson, who fell from the 11th floor of a Southport apartment tower in 2013.

Her death was initially dismissed as a suicide before police investigations were reopened in 2017.

Mr Moorea is facing a two-week committal hearing in the Southport Magistrates Court.

The court heard on Friday that a biomechanical report prepared by Dr Zacharia Couper, considered key evidence, would need to be reassessed based on new information.

Police prosecutor Gavin Reece told the court on Monday he would not pursue a new report, but believed there was still sufficient evidence to commit Mr Moorea to trial.

“It is my view that the committal proceeding can continue on as it is,” he said.

“At this stage we will not be seeking a secondary report from Dr Couper.

“From my perspective … there’s sufficient evidence to commit to trial.”

Nine of Ms Robinson’s former Titans cheerleading teammates also appeared in court on Monday, including Abbey Lannoy, who said she noticed a change in Ms Robinson on the night of her death.

“I turned around and saw her and she seemed a little different,” she said.

In her witness statement, Ms Lannoy said she regretted not asking Ms Robinson what was wrong.

“I remember looking back at her and she seemed a bit out of sorts, maybe not her usual, really happy self,” Ms Lannoy said.

“I recall thinking to myself when I was driving home from training that night that I should have asked Bree what was wrong.”

Other teammates said they had never spent time with Ms Robinson outside of Titans cheerleading events or training.

When questioned by defence barrister Angus Edwards if Ms Robinson was a quiet person who kept to herself, another teammate, Megan Grant, said she was not.

“She was pretty headstrong,” she said.

“Outspoken, but not loud. She was very sure of herself.”

“The best way to ensure a fair trial would be for there to be an order for non-publication of any evidence relating to my client’s relationships or interactions with any women other than the deceased,” he said.

The hearing is expected to run until Friday, with further witnesses, including Mr Moorea’s ex-girlfriends, set to give evidence.