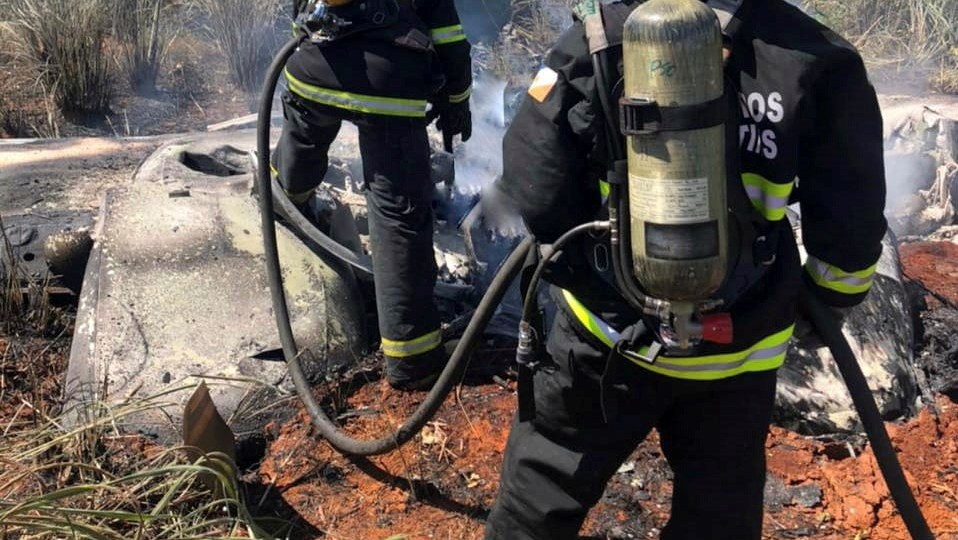 Tocantins State Firefighters in the area where a plane crashed near Palmas, Tocantins state, central Brazil on January 24. Photo: AAP

The president and four players of a Brazilian soccer club have died in a plane crash in the northern state of Tocantins.

In a statement on Monday (AEDT), fourth-tier club Palmas said the plane suddenly plunged to the ground at the end of the runway while on take-off.

The players were on their way to Goiania, in the central region of the country, to play a match against Vila Nova.

The victims were identified as president Lucas Meira and players Lucas Praxedes, Guilherme Noe, Ranule and Marcus Molinari, as well as the pilot.

There were no survivors, the club said.

Palmas Futebol e Regatas was founded in 1997 and plays in Brazil’s fourth division.

The cause of the accident was not immediately known.