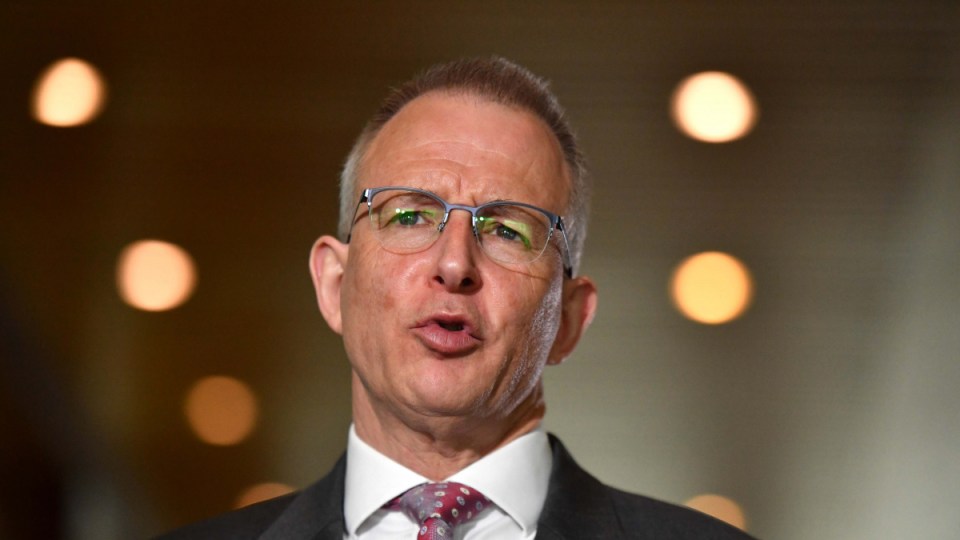 The ABC was “incorrect” to refer to January 26 as ‘Invasion Day’, claims the federal minister responsible for the broadcaster, amid escalating political acrimony about the national holiday.

The ABC has now confirmed it has “changed a headline” on the article in question, saying its editorial policies do not allow the terms Australia Day and Invasion Day to be “used interchangeably”.

Communications minister Paul Fletcher told The New Daily it was a “sensible outcome”.

It listed a number of celebrations, memorial events and protests scheduled for January 26, with its original introduction reading “One of the most polarising dates on the Australian calendar is back.”

“January 26 marks Australia Day or Invasion Day, typically seen as a celebration of the nation or a day of sorrow for the colonisation of an ancient culture,” read the article’s second paragraph.

But a blunt criticism came from Mr Fletcher on Monday morning, which was followed swiftly by a change to the article.

“The ABC online article is incorrect about Australia Day. The ABC has clearly got this one wrong,” Mr Fletcher said in a statement, published just before 9am.

“The name of our national day is well understood and supported, and for the ABC to suggest otherwise – that in some way Invasion Day is interchangeable with Australia Day – is clearly wrong.”

“While the ABC has editorial independence, and I do not control what it says, I call on the ABC to correct this inaccurate article.”

Within a short time, the article was changed, and ‘Invasion Day’ removed from the headline.

As of 1pm AEDT, the headline read “Australia Day is a contentious day for many. Here are the events being held on January 26”.

The first mention of “Invasion Day” was dropped to the fourth paragraph.

“January 26 is typically seen as a celebration of the nation or a day of sorrow for the colonisation of an ancient culture,” read the altered second paragraph.

The article still lists locations and times for multiple ‘Invasion Day’ rallies around the nation.

In a statement, an ABC spokesperson confirmed to TND that the article had been changed.

“The ABC’s policy is to use the term Australia Day, as it always has. As the editorial advice states, other terms can be used when they are appropriate in certain contexts,” the spokesperson said.

“This does not mean they are used interchangeabley. We have changed a headline to avoid any reader confusion about this. In light of some misreporting on this we have also updated our statement on this issue in order to be abundantly clear.”

In that earlier statement, the ABC had said “We also recognise and respect that community members use other terms for the event, including “26 January”, “Invasion Day” and “Survival Day”, so our reporting and coverage reflect that.”

The ABC had also published editorial advice shared with staff, advising that “both the Macquarie and the Australian Concise Oxford dictionaries list “Survival Day” and “Invasion Day” as roughly synonymous with “Australia Day”, either as “viewed by Indigenous people and their supporters” (Macquarie), or “especially in Aboriginal Australian contexts” (ACOD).”

“Given the variety of terms in use, and the different perspectives on the day that the ABC is going to cover over the course of the long weekend, it would be inappropriate to mandate staff use any one term over others in all contexts,” the staff advice said.

Following the headline change, a spokesperson for Mr Fletcher told TND the minister was “aware of the ABC’s correction, which he regards as a sensible outcome.”

This decision by the ABC is unAustralian. It's a disgraceful act aimed to create division on our National Day. If the ABC don’t want to celebrate our National Day, then why are we giving them a billion dollars a year? https://t.co/palV7JW9cS

Other Coalition members had previously made fuming statements in relation to the article. Senator James McGrath claimed the headline was “disgraceful”, while backbencher MP George Christensen wrote in a Facebook post that “heads should roll”.

Labor leader Anthony Albanese, when asked about the issue, said he would “leave those matters for the ABC.”

“I’ll be here participating in the Australia Day commemorations tomorrow. Can I say this about Australia Day? What we need to do is to make sure that when we look at our nation, we look at ways in which we unite,” he said at a press conference in Canberra.

“I think we need a constructive discussion. And I don’t want to add to anything that further divides. It’s clear we need a mature discussion going forward. Because I perfectly understand that for First Nations people, that’s a painful day, that we need to acknowledge our history as it was.”

NSW state police minister David Elliott claimed it was “breathtakingly irresponsible”, claiming the ABC was promoting the protest events despite COVID restrictions on public gatherings. He told 2GB radio he would make a formal complaint over the article.