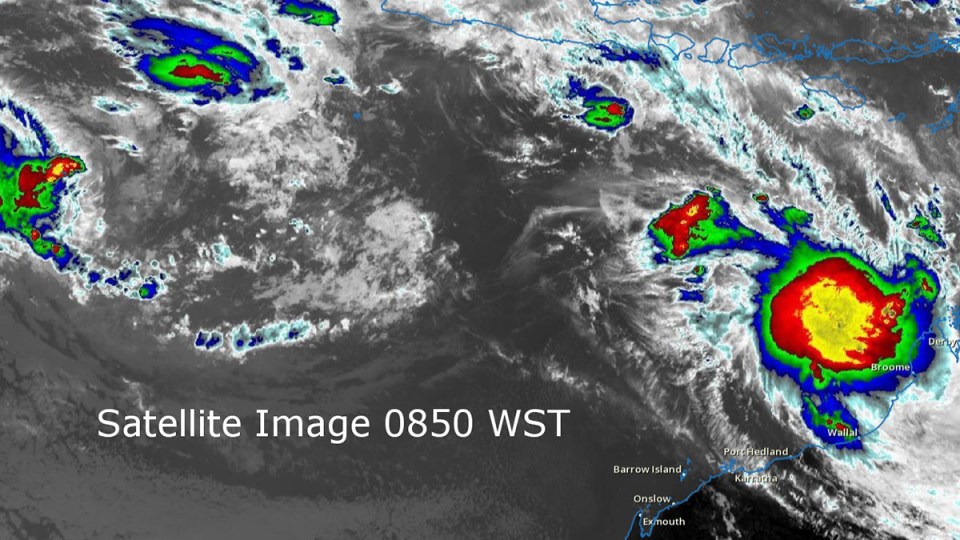 Travellers in Western Australia’s north are being urged to find safe accommodation as the Pilbara and Kimberley regions brace for a tropical cyclone to be called Lucas.

A blue alert was issued by the Department of Fire and Emergency Services on Thursday afternoon for communities between Beagle Bay and Port Hedland in the Kimbeley and Pilbara regions.

“Although there is no immediate danger you need to start preparing for dangerous weather and keep up to date,” the alert reads.

The Bureau of Meteorology said a tropical low was intensifying as it moved towards the coast and was expected to develop into a cyclone overnight and may reach category 2 intensity late on Friday around Eighty Mile Beach.

Gales may develop on the coast near Bidyadanga and Broome during Friday afternoon and may extend to other parts of the warning area during Friday evening but gales are not likely at Port Hedland, the bureau said.

Holidaymakers camping or travelling in caravans are being urged to find safe accommodation or leave the warning area immediately.

“A cyclone is not a place you would want to be in a caravan or camping,” DFES assistant commissioner Paul Ryan said.

“It’s probably going to take you a couple of days but we need to start planning and moving now.”

The Bureau of Meteorology had anticipated a potential category three cyclone but has downgraded its forecast.

Significant swell is expected at Port Hedland, home to the world’s largest bulk export terminal with iron ore miners among the key users.

The Pilbara Ports Authority directed all large vessels to clear the terminal overnight in anticipation of the cyclone’s arrival.

Anyone in the warning area is encouraged to assess their properties for loose items, tie down boats or caravans and prepare a survival kit including a radio, torch, mobile phone charger, food, water and any necessary medication.

Lucas will be the first tropical cyclone to hit the West Australian coast this season.

“We’re expecting the rainfall … will be concentrated around the cell. It won’t be widespread flooding to the area,” Mr Ryan said.

“We do have some at-risk areas that we have identified and we’re planning towards what we need to do to respond accordingly.”

Additional emergency crews could be deployed from Perth to the state’s north on Friday depending on the severity of the impact.