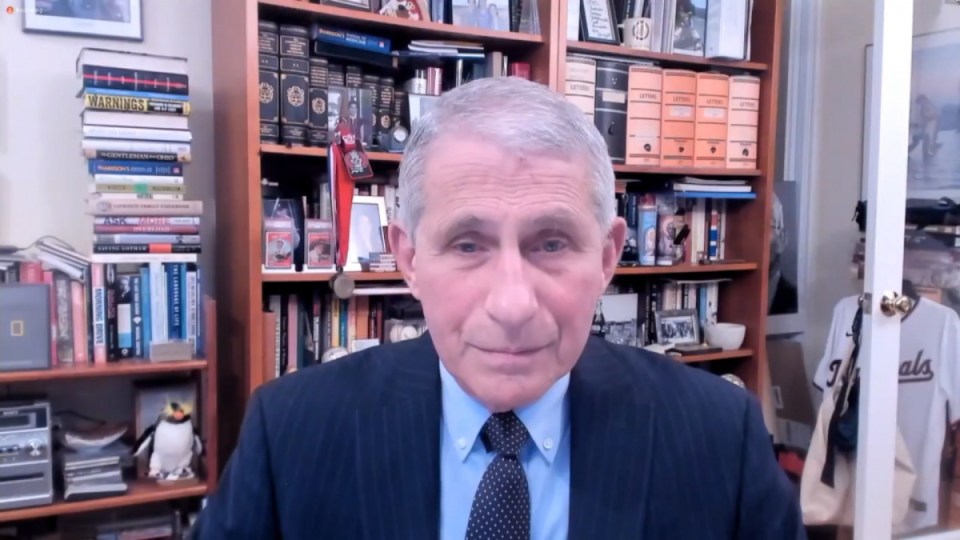 Dr Anthony Fauci, speaks via webcast to the WHO executive board on Thursday. Photo: EPA/WHO

WHO director-general Tedros Adhanom Ghebreyesus welcomed the announcement to the WHO executive board, saying: “This is a good day for WHO and a good day for global health.”

“President Biden will issue a directive later today which will include the intent of the United States to join COVAX and support the ACT-Accelerator to advance multilateral efforts for COVID-19 vaccine, therapeutic, and diagnostic distribution, equitable access, and research and development,” Dr Fauci told the WHO executive board via video link.

.@WHO is a family of nations. We are all glad that the United States of America 🇺🇸 is staying in the family. #WeAreFamily https://t.co/hWkZyi2ry3 #EB148 pic.twitter.com/ek3pxFAOSp

The first batches of coronavirus vaccines are expected to go to poorer countries in February under the COVAX scheme run by the WHO and the GAVI vaccine alliance, WHO officials said this week, even as they raised concerns that richer countries are still grabbing the lion’s share of available shots.

The United States will remain a member of the WHO and “fulfil its financial obligations”, said Dr Fauci, adding it would also work with the other 193 member states on reforming the UN agency.

A year after its first #COVID19 case the US makes a welcome commitment to remain in @who & work multilaterally on pandemic response and join #COVAX This is a great boost for frontline health workers around the world #PreventionSavesLives @usmissiongeneva https://t.co/qSszMLCGkW pic.twitter.com/7CYKX9QXL8

Mr Biden’s predecessor Donald Trump had previously halted funding to the WHO, to whom the United States is the largest donor, and announced a process to withdraw from the agency by July 2021.

“WHO is a family of nations and we are all glad that the US is staying in the family,” Tedros said.

‘A good day for global health’: US to join COVAX program, fulfil obligations to WHO