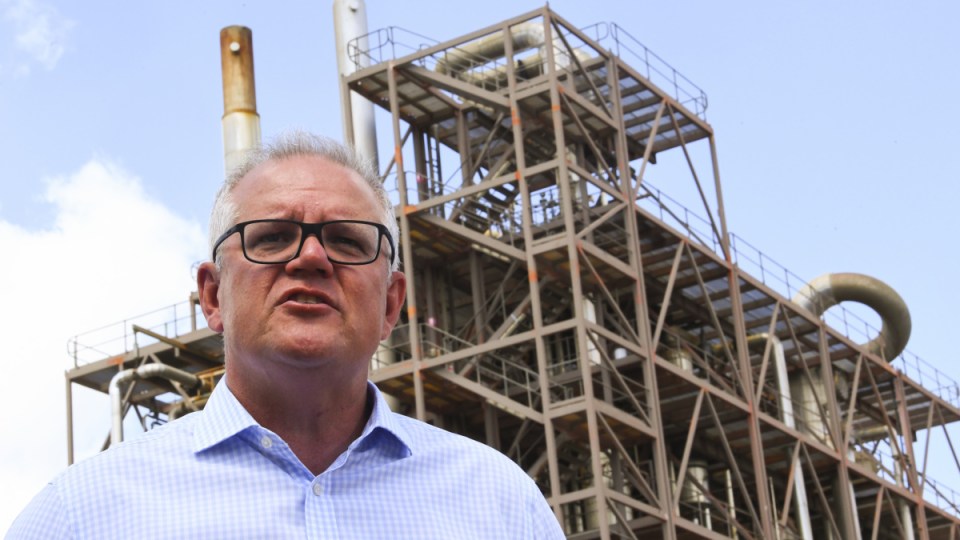 Cricket Australia’s decision to drop references to Australia Day from its January 26 fixtures was “pretty ordinary”, Prime Minister Scott Morrison said, wading into an annual tradition of debate over the national day.

The PM also knocked back persistent rumours that he might call an early election this year, saying his government already had “a lot to do” in 2021 without going to the polls.

With the nation’s attention squarely fixed on COVID, impending vaccine rollout and controversy over the Australian Open tennis, normal fervent debate around Australia Day has been somewhat more subdued this year.

But the important discussion about whether to celebrate on what is a day of mourning for many Indigenous Australians was kick-started once more in federal Parliament by Warringah MP Zali Steggall’s calls for a minute’s silence during Australia Day events.

The 26th of January represents Survival Day for First Nations people. Part of that day should be spent in quiet reflection on the truth of the whole Australian story. @zalisteggall ‘s idea of a minute’s silence is respectful and welcome.

On Thursday, further controversy was sparked amid criticism of the Big Bash League, after Cricket Australia asked teams playing on January 26 to not refer to ‘Australia Day’ in their promotional material.

The six teams playing that day, across three games, may also wear Indigenous-themed uniforms, and could take a symbolic knee to mark efforts against racism.

Cricket Australia’s diversity and inclusion manager, Adam Cassidy, told the Daily Telegraph newspaper that the organisation didn’t want to entirely block games from happening on January 26, but wanted to strike a balance in recognising different opinions.

But Mr Morrison, asked about the decision at the end of an interview on Rockhampton’s 4RO radio, said he didn’t agree with the stance.

“I think a bit more focus on cricket, and a little less focus on politics would be my message to Cricket Australia. I think that’s pretty ordinary,” the Prime Minister said, in a brief comment.

“But I mean, you know that’s what they’re putting on their press releases. I just, that would be my view.”

4RO host Michael Bailey added that his listeners were “shaking their head in disbelief”.

Mr Morrison responded “I hope they [Cricket Australia] listen to that and I think they should.”

In a later press conference, at Maryborough near Bundaberg, the PM was asked again about the Australia Day controversy.

“Well, it’s not cricket,” he said with a chuckle.

“It’s all about acknowledging how far we’ve come. You know, when those 12 ships turned up in Sydney, all those years ago, it wasn’t a particularly flash day for the people on those vessels either,” he said, appearing to refer to the 11 ships of the First Fleet.

“I think what that day demonstrates, is how far we’ve come as a country. I think that’s why it’s important we mark it in that way.

“You can’t just airbrush things that happened in the past. I think one of the great things about us, and we’re respected for this, is we’re pretty upfront and honest about our past.”

Ms Burney later tweeted a news article that detailed Mr Morrison’s comments about the First Fleet, writing “he has an example to set for the rest of the nation and he should know better”.

Elsewhere in the Queensland press conference, Mr Morrison appeared to scotch whispers that he would call an election some time in 2021.

Electoral laws mandate that the next federal election must be held by, at latest, May 2022.

Mr Morrison has long said he is a “full-termer” and does not plan to call a poll in 2021.

However, a combination of factors have led some to believe it could be held earlier than mid next year.

Due to other state elections, holidays and other immovable factors, there are few appropriate dates in 2022 for an election to be held.

There’s also an unusually large gap of six weeks between parliamentary sitting periods in September and October, which some have theorised could have been created to fit an election period.

Senior Labor sources say the party is preparing for an election in that time.

Opposition Leader Anthony Albanese said on Wednesday he would be ready for an early election.

On Thursday, however, Mr Morrison again pushed back on the talk.

“It’s a very big year. That’s what I’m focused on. I’ll let the journalists and others focus on the politics,” he said.