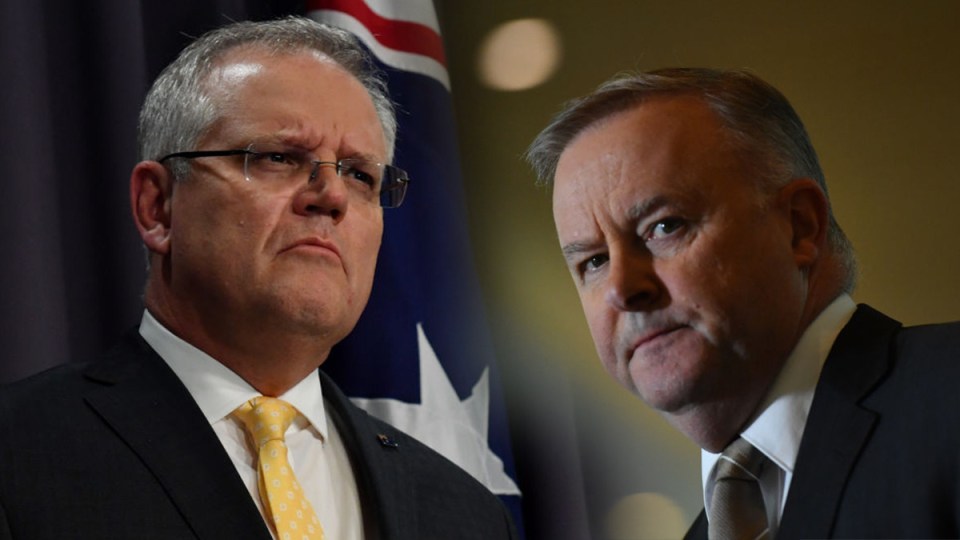 Liberal politicians have branded Anthony Albanese a “dud” following his criticisms that Scott Morrison cosied up too much to Donald Trump.

“If people want to have a crack at me because I worked with the President of the United States, well I think that reflects more on them than me,” the Prime Minister said in response to Mr Albanese’s harsh assessment.

In his speech to the USAsia Centre, the Labor leader claimed Mr Morrison had botched the US-Australia relationship, and “neglected” the senior team of incoming President Joe Biden. Mr Albanese accused Mr Morrison of going “too far” in his support for Mr Trump, and that he was “afraid” of his Trump-supporting maverick backbenchers George Christensen and Craig Kelly.

“Mr Morrison wants to ride this tiger because he thinks he’s on a political winner – but we have seen this month that the longer you ride it, the harder it is to dismount,” Mr Albanese said in his speech.

The Prime Minister had been criticised for not more forcefully speaking out against Mr Trump’s role in encouraging the insurrection at the US Capitol.

“The relationship [with the US] is bigger than the petty politics and pointscoring we saw played out today. I think that is disappointing,” he said.

“It is not a political plaything. If you think it is, you don’t get it.”

“The last couple of months really detracted from other things that they were able to achieve over the last four years,” Mr Morrison said.

“That’s what was really disappointing. But, you know, some very good people in that administration. I particularly worked closely with the Vice President who I get on very well with and Secretary Pompeo… it has been very, very disturbing what we’ve seen, particularly around Capitol Hill, but it’s been a year full of violence, in many ways last year in the United States.”

Mr Morrison said he was “confident” America would “bounce back”.

“I think they’ll rally and they’ll come together. And that’s very important for Australia. It’s the most important relationship we have,” he said.

“Whoever the Prime Minister is and whoever the President is, it’s important that, both of us steward that relationship for the benefit of both of our countries and anyone who doesn’t understand that, just doesn’t get it.”

He didn’t mention Mr Albanese by name, but other Liberal politicians did, in their own responses to the Labor leader’s speech.

Taking potshots at foreign leaders is not the role of an Australian PM, no matter how well it may play domestically.
Does he also call for more criticism of China’s leaders? Of course not.
Misunderstands role of head of government in steering a country’s foreign relationships. https://t.co/BtiSlkWxnd

“You’re being polite Dave. It’s clear [Mr Albanese] would rather be reckless with the US alliance to appease partisan interests, rather than cooperate to advance Australia’s defence, security, intelligence and economic interests,” the Member for Goldstein tweeted.

“No wonder many in Labor see a dud, & now say it publicly.”

By opportunistically attempting to seize domestic partisan advantage on the final day in office of an unpopular US President, Anthony Albanese is showing he is not be steady hand required to manage our most important international relationships. 3/4

“While other countries struggled to engage in Washington, we avoided tariffs, maintained refugee resettlement and profoundly influenced the US’ Indo-Pacific strategy,” Senator Paterson tweeted,

He added that unnecessarily attacking Mr Trump “would not have been in Australia’s national interest”.

“We have seen from Mr Morrison is an approach which put his political affinity with Mr Trump and his political interests ahead of the stewardship of the relationship,” she told Sky News.

“I don’t think you steward the relationship by not being unambiguous in your defence of democracy.”