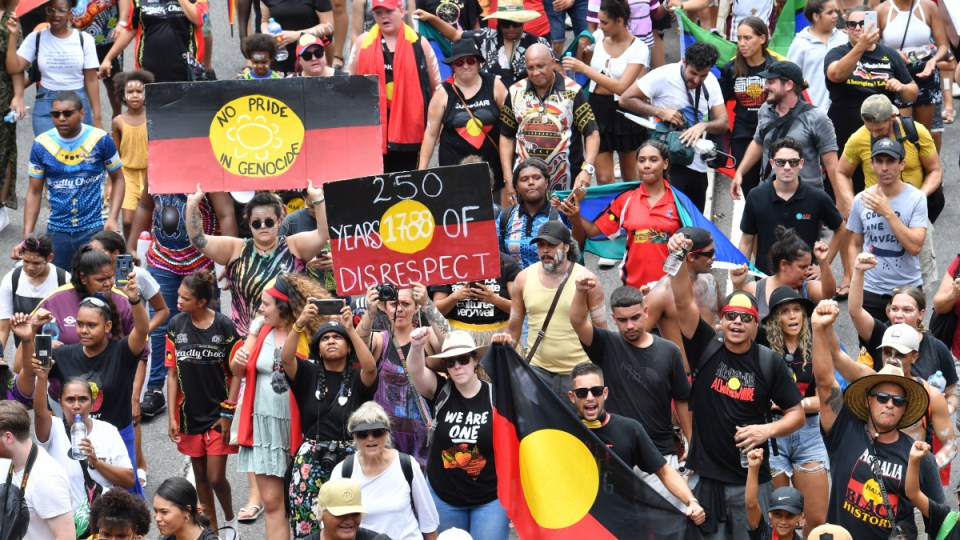 Protesters cross the Victoria Bridge during the Invasion Day rally in Brisbane on January 26, 2020. Photo: AAP

Should a minute of silence be observed on Australia Day to recognise its sombre meaning for Indigenous Australians?

Federal Member for Warringah and Winter Olympian Zali Steggall has written to mayors in her Sydney electorate asking they do just that.

Australia Day marks the anniversary of the arrival of the First Fleet of British ships into Port Jackson in 1788.

“January 26 provokes a range of emotions for many within our community,” Ms Steggall said.

She says the gesture would be a powerful step towards healing.

“It is only right that we acknowledge all that this day represents and build remembrance into our ceremonies to recognise the price that has been paid by First Australians.”

Ms Steggall has written to the Australian Local Government Association along with the mayors of the North Sydney, Mosman and Northern Beaches councils.

Her push comes as the organisers of Sydney’s annual ‘Invasion Day’ march plead with police to allow a COVID-safe version of the event to go ahead.

Zali Steggall pushes for minute of silence on Australia Day