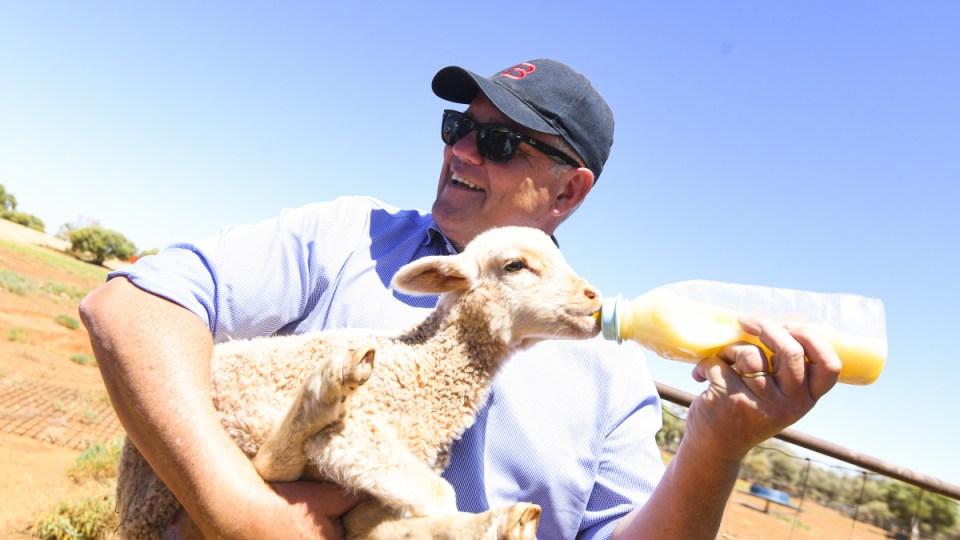 Scott Morrison has appeared to rule out a further JobKeeper-style assistance package for the COVID-hit tourism sector, saying he hopes Australians will instead choose to take domestic trips and support holiday businesses.

The PM has also had a farewell phone chat with outgoing US Vice-President Mike Pence, but President Donald Trump hasn’t been on his call logs since before the November election.

Australia’s international borders are expected to remain shut to tourists for most or all of 2021, and perhaps longer.

On Tuesday, Tourism and Transport Forum CEO Margy Osmond said the industry needed “pay cheque support” if the government wanted it to still be there “when we actually reopen our international borders”.

Back from a week’s holiday on Tuesday, the Prime Minister jetted to Queensland for a four-day tour of drought-affected regions.

Speaking in Quilpie, in the state’s south-west, Mr Morrison appeared to rebuff calls for a special tourism help package.

“The bread and butter of the tourism industry in Australia has always been the domestic tourism sector,’’ Mr Morrison said.

‘‘In this unusual time, Australians who are big overseas travellers … will want to more and more see their own country. So, that’s going to have its obvious impact.

Qantas Founders Museum was proud to welcome the Prime Minister @ScottMorrisonMP along with deputy PM @M_McCormackMP @ScottBuchholzMP and @D_LittleproudMP Thanking them for regional product development and for funding development to grow regional tourism #outbacktourism #scomo pic.twitter.com/sN2h1X7QzL

“We’ll assess those things as we go forward, as we have up until this time. We don’t make big promises. We just get it done. We make the decisions about what’s necessary after working closely with those in the sector about what is needed.”

Ms Osmond had earlier said “there is no way that domestic tourism can fill the gap that will be left by inbound international, no way”.

He wore the same outfit he did then, down to the same navy blue baseball cap.

While in the region, Mr Morrison also visited a Qantas museum, inspected a shearer’s shed, and bottle-fed a lamb.

On the PM’s flight from Canberra to Queensland, there was a phone call to Mr Pence, with the two leaders speaking for potentially the last time.

Each thanked the other for their strong partnership, particularly on the Indo-Pacific region, over the past four years as the curtain comes down on the Trump presidency.

The call came just hours after Mr Morrison made a veiled criticism of Mr Trump, for his “incredibly disappointing” actions that led to the US Capitol insurrection.

On Monday, Mr Morrison also spoke to US Secretary of State Mike Pompeo.

“I have worked closely with both of them … They have been a key part of how we’ve managed that relationship over the last many years,” he said.

“It was an opportunity to thank both Secretary Pompeo and Vice-President Pence for the very constructive way they have supported that relationship and the open way they have engaged with me as a prime minister.”

Mr Morrison said he thought the Australia-US relationship was “probably more important than ever”.

Asked if he was going to speak to Mr Trump before he leaves office, the PM said: “I have no plans to do that.”

It came as Anthony Albanese was asked if Labor was preparing for an early election some time in 2021.

“There may well be,” the Opposition Leader said on 4BC radio on Tuesday.

“The reason would be because Scott Morrison would make a political decision that things are going to get worse in 2022 … to go to an election just over two years after we’ve had one will be a sign that the Prime Minister doesn’t have confidence in his own administration.”

Mr Albanese faces questions of confidence in his leadership, however.

Polling commissioned by the powerful construction union, the CFMMEU, dropped to The Australian newspaper on Monday, showed Labor was on track to lose several seats in NSW coal mining country.

That has prompted further talk about whether the left-wing Mr Albanese is failing to “cut through” with blue-collar voters in the regions where the next election will be won and lost.

This was among the issues that prompted maverick MP Joel Fitzgibbon to quit the shadow ministry in 2020.

His NSW seat of Hunter adjoins the two seats that the polling found Labor was on track to lose, and he nearly lost his seat at the 2019 election.

However, Mr Albanese has rebuffed the polling. He alleged the calls for him to resign were spurred by “someone that no one … would have heard of”, and were linked to his long-running dispute with former heavyweight John Setka.

“It is from John Setka’s division of the CFMEU,” Mr Albanese said.

“He’s just someone who’s outside the movement now because he’s brought it into disrepute. And I called it out. And don’t apologise for that.

“I think he should be concentrating on his members’ interests rather than spending members’ money for a poll.”

Elsewhere, Mr Albanese said he was puzzled at Mr Morrison recently being honoured by Mr Trump with the Legion of Merit military honour.

“The idea that any Australian politician who hadn’t served in the armed forces would be given the equivalent of a VC or a higher military medal would, I think, be considered to be rather bizarre,” the Labor leader said.