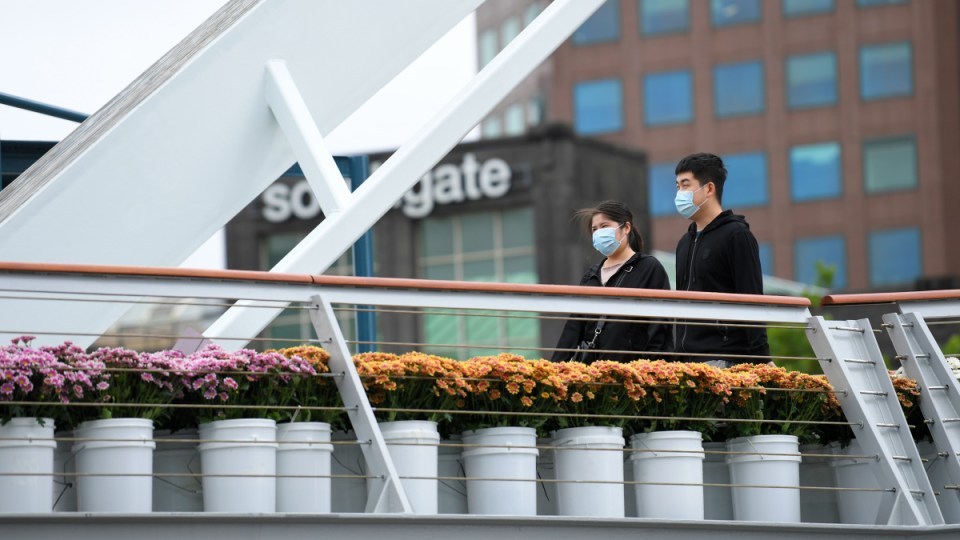 Virus rules will ease across Victoria again on Friday, with the state rapidly approaching an 80 per cent vaccination rate. Photo: AAP

Victoria has recorded no locally acquired cases of coronavirus for a 13th consecutive day, though there are four cases in hotel quarantine.

It brings the total number of active cases in the state to 34, an increase of one. Some 15,574 tests were processed in the past 24 hours.

It is unclear if the four cases in hotel quarantine are linked to the contingent of tennis players and support staff who have arrived in Melbourne ahead of the Australian Open on February 8.

Six people, including a player, have tested positive to the virus so far.

The infections have forced 72 Australian Open players into a hard quarantine, unable to leave their hotel rooms for 14 days.

Some players took to social media to complain about being unable to train, while world No.1 Novak Djokovic reportedly wrote to the tournament boss with a number of demands.

“People are free to provide lists of demands but the answer is no,” Premier Daniel Andrews said of Djokovic’s letter.

Victoria’s Chief Health Officer Brett Sutton has warned the virus could still be incubating in some of the 1200 people who have arrived in Melbourne for the Open since Thursday.

Cases have been linked to three flights, from Abu Dhabi, Doha and Los Angeles.

“People may still turn positive, obviously the last exposure was when they last left their country of origin or indeed on a flight where there was a case,” Professor Sutton said.

“So there might be some more positives in coming days but that that will take place over time.”

Meanwhile, 25 of Sydney’s 35 local government areas were downgraded from “red” to “orange” zones at 6pm on Monday as part of Victoria’s “traffic light” permit system.

The Blue Mountains and Wollongong also moved from red to orange, while 16 local government areas along the NSW-Victoria border changed from orange to green, permitting unrestricted entry.

People travelling from an orange zone still need to apply for a permit online and get tested within 72 hours of their arrival in Victoria, isolating until they receive a negative result.

It follows the downgrading of Greater Brisbane from red to orange at the weekend.

The premier said the 10 areas were all linked to Sydney’s Berala cluster, which totals 35 cases.

“They will be designated red for not a moment longer than they need to be,” Mr Andrews said.