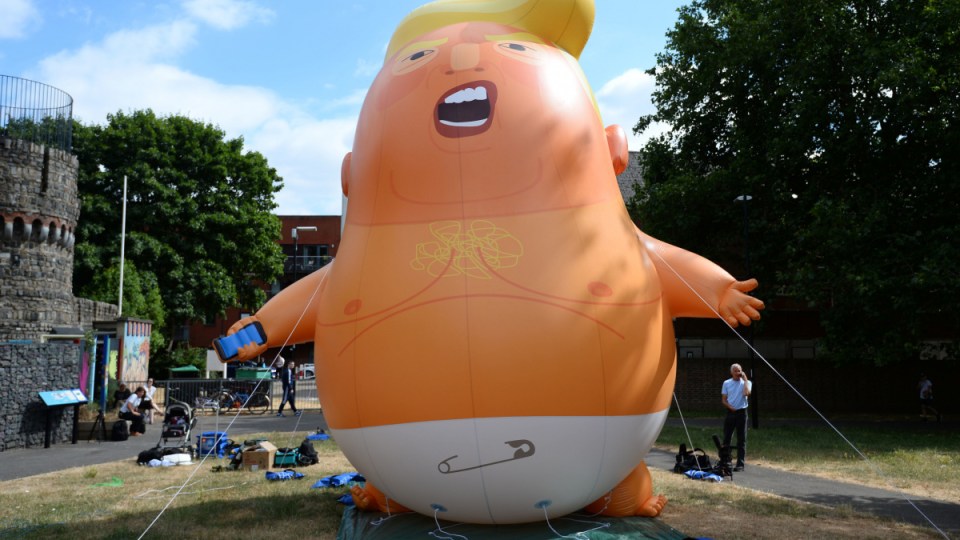 A blimp depicting US President Donald Trump as a snarling, nappy-wearing orange baby has found a home in one of London’s most popular museums.

The helium-filled balloon, originally paid for through crowdfunding, first took to the skies over London during protests against Mr Trump’s visit in 2018 and has flown in other locations including France, Argentina, Ireland and Denmark.

Gladly accepting the donation, the Museum of London said the blimp would join its protest collection, which includes artefacts from the suffragette movement as well as climate change and peace rallies.

“By collecting the baby blimp, we can mark the wave of feeling that washed over the city that day and capture a particular moment of resistance,” Sharon Ament, the museum’s director, said.

“From the suffragettes of the early 20th century to the anti-austerity marches, free speech and Black Lives Matter most recently – the capital has always been the place to have your say.”