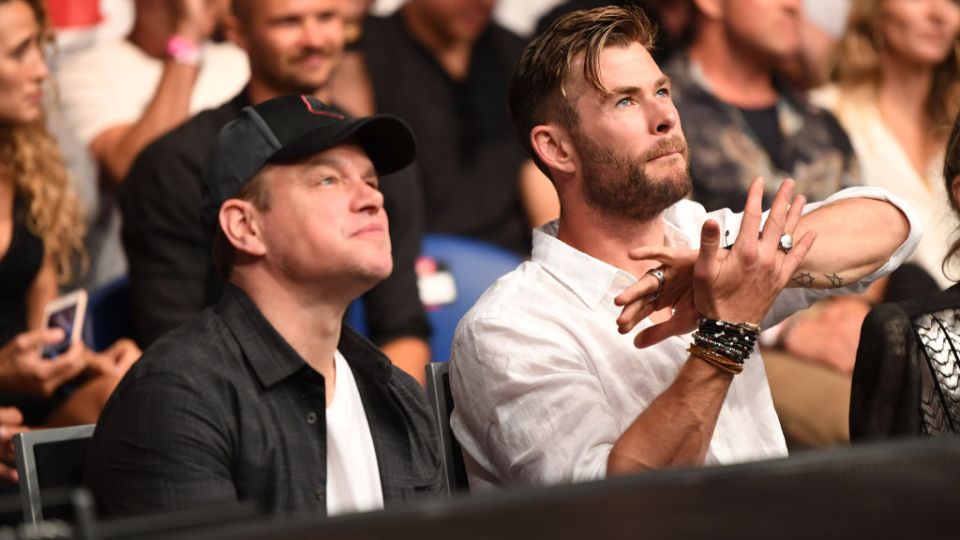 Matt Damon is in quarantine in NSW ahead of filming the latest Thor movie, with the Hollywood heavyweight’s involvement hailed as a “big win” for the COVID-battered Australian film industry.

The Bourne Identity star is undergoing two weeks of privately-funded quarantine, just like the unhappy Australian Open tennis players who have been told to “harden up” by Nationals’ deputy leader, David Littleproud.

Damon and his family arrived in Australia on Saturday, and were whisked into a fortnight of mandatory quarantine before beginning work on Thor: Love and Thunder. He had made a brief cameo in the last instalment of the Chris Hemsworth-helmed superhero series, but it’s not clear what role he will play in the new movie.

The spotlight has been on quarantine arrangements for international celebrity arrivals this week, with controversy about elite tennis players being allowed into the country while ordinary Australians remain stuck overseas and unable to return.

But a statement from Mr Damon’s immigration lawyer stressed that “every aspect of the Damon family’s relocation and quarantine has been privately arranged and funded”. The lawyer promised “their entry will in no way impact or reduce the number of spaces for Australians overseas waiting to return home nor create any burden to the Australian taxpayer whatsoever”.

It is not clear exactly where the family is quarantining, but it was reported late in 2020 that Damon bought a $22 million mansion at Byron Bay – not far from Hemsworth’s home.

Some online have asked why the star was allowed to skip hotel quarantine and do his two weeks in a private spot of his choosing.

NSW has 8 cases of CoVID19 from returning travellers. How can someone like #MattDamon completely self-isolate & avoid hotel quarantine? He must come into contact with some people. Airports, transport, accommodation & meals. @BradHazzard, love to know the details, as we’ve already

“NSW Police are also present to ensure the quarantine of the Damons is enforced,” Dr Turner said.

“By undertaking quarantine in this way at their own cost, the Damons are subject to the same medical requirements that apply to everyone else entering NSW and, importantly, their arrival in no way impacts the capacity available to bring Australians home.”

The actor himself said he would be in Australia for “the next few months”.

“Australian film crews are world renowned for their professionalism and are a joy to work with so the 14 days of quarantine will be well worth it,” he said.

“I’d like to thank the enormous support provided by the NSW government and Australian government, without which this would not have been possible.”

The new Thor film was among those cited in 2020 as benefiting from federal government financial incentives, when Prime Minister Scott Morrison announced an extra $400 million to lure international productions Down Under as part of the JobMaker program.

“Australia’s relative success in managing COVID-19, compared to so many other parts of the world, means we are now in a unique position to attract a longer-term pipeline of major screen productions here,” the PM said in July.

The Thor producers said they received a $24.1-million location incentive from the NSW and federal governments. They estimated the Marvel movie would spend nearly $180 million in Australia, use 1650 local businesses and create 2500 jobs.

“Marvel Studios will also provide a local trainee scheme to target skills shortages and get more Australians into the film industry,” they said.

On Monday, Mr Morrison welcomed Damon’s involvement in the project.

“Hollywood superstar Matt Damon joining our homegrown talent to film such a major movie in NSW is a big win creating thousands of jobs for locals,” he said.

“Australia’s management of COVID-19 and our government’s tax incentives have ensured that our film industry is booming with many new jobs for actors as well electricians, carpenters, cooks, security staff, bus drivers and a massive boost for NSW.”

But as one big-name star is welcomed into quarantine, others are not getting such warm welcomes from the federal government. Australian Open tennis players such as Novak Djokovic have demanded the Victorian government allow them more freedom to leave their luxury hotel rooms during their mandatory quarantine period, ahead of the tournament next month.

The member for Maranoa echoed the thoughts of many Australians in asking the players to keep their complaints in perspective.

“I think there might be a few prima donnas among them. If they want to go and exercise their right to make money, which I fully respect, there are, under this pandemic, restrictions that we all have a responsibility to respect and be part of because we’re part of a global community,” he told Sky News Australia on Monday.

“I think they’re being a bit precious and they should just get on with the job.”

Liberal MP Julian Simmonds, also speaking on Sky, said tennis players had not been “asked to do anything other than what other Australians have been asked to do”.