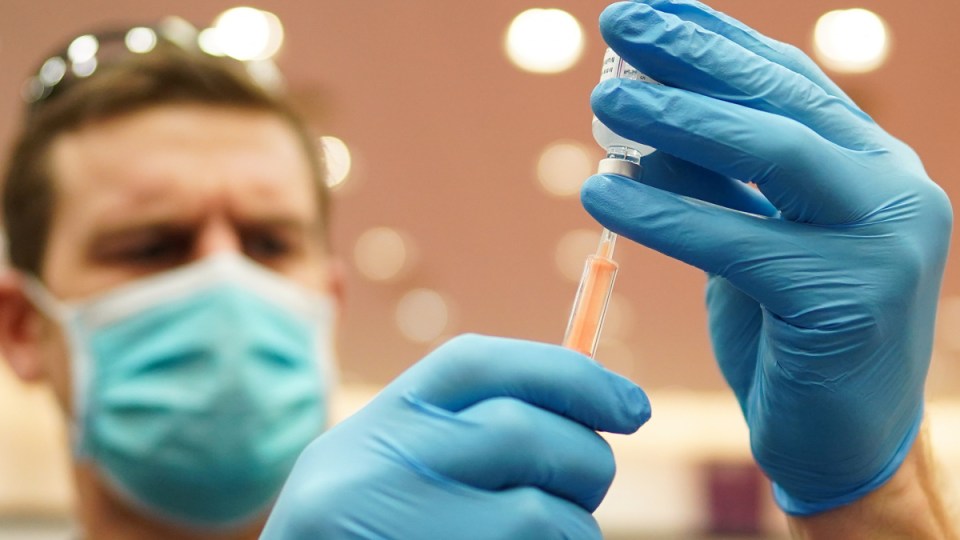 Vaccines will be tracked in MyGov and Medicare

The federal government is unable to get more doses of the world-leading Pfizer vaccine, the nation’s chief medical officer has admitted, as health officials seek to reassure Australians that the less efficient AstraZeneca vaccine will protect them.

However, Australia is also negotiating with “a dozen” other vaccine makers, chief medical officer Professor Paul Kelly said, and there are hopes of inking a deal with another leading candidate such as Moderna.

Professor Kelly stressed the AstraZeneca jab was “very effective against severe illness”, despite some doctors raising questions about why Australia is basing its vaccine rollout strategy on a model that trails others on efficacy.

“It will save lives. By using this vaccine, we’ll be able to protect a large proportion of the population in Australia,” Professor Kelly said in Canberra on Wednesday, of the AstraZeneca vaccine.

“I am worried about the selective use of the data that we have, those interim results from particular studies back in November.”

Doctors are concerned the vaccine developed by Oxford University and AstraZeneca may not be effective enough to achieve herd immunity.

That vaccine, according to one December study in The Lancet medical journal, had a 62 per cent efficacy among people given two standard doses. An efficacy of 90 per cent was recorded in a smaller group, who were given one small dose and one standard dose.

That is below both the Pfizer and Moderna vaccines, which had 95 percent efficacy.

Australia has 54 million AstraZeneca doses on order, with only 10 million of Pfizer, and no current contract with Moderna.

Professor Paul Kelly on Monday warned people should be “very wary” of interpreting the “interim” data of that Lancet study as a final figure.

On Wednesday, he went further to say he was “worried” about what “selective” reporting of those figures would do to vaccine confidence.

It comes after some medical professionals called for the planned rollout to  be suspended.

Questions have been raised about why Australia has not simply ordered more of the Pfizer vaccine, or inked a deal with Moderna.

TND understands Pfizer told the federal government it was able to offer supply of only 10 million doses, enough for five million people.

“We posed the question [to Pfizer] ‘how many vaccines can you give us in the first half of 2021?’ and they gave us an answer,” Professor Kelly said on Wednesday.

“That answer was 10 million. We are continuing and having many conversations with them … [including] any possibility that we could increase that number.

“At the moment, that is what it is. And frankly, there are other countries in the world that need it more than we do right now.”

It’s unclear when more doses would be available. But Pfizer said in December it would not be able to manufacture as many doses globally as it had hoped, due to raw material shortages.

Professor Kelly said the government was “in virtually constant discussion” with Pfizer, and hoped to be able to get more supply.

“If there were more doses available to us, we would look into whether that was a feasible option for us to get more. So far, that’s not the case,” he said.

“We can follow up with any of the other vaccines next year, once they become available. And more will be available to us in 2022 than is currently the case.”

He said the government was also in “conversations” and “active negotiations” with Moderna and a dozen other companies, for potentially more vaccine deals.

Professor Kelly added that Australia was also “putting in bids” through the global COVAX facility for more vaccine doses, which could include Moderna or Pfizer.

The CMO had spent the day doing the media rounds, talking up why the government was banking on AstraZeneca.

“The great advantage of the AstraZeneca vaccine is it is being made here in Australia. It will be available as soon as the TGA gives its tick, which we expect that it will in February,” Professor Kelly told the ABC.

“We’re not the only country in the world that has AstraZeneca ordered. AstraZeneca is one of the mainstays of the global response and remains so.

“The AstraZeneca vaccine is effective, it is safe and it’s a high-quality vaccine, but those are the things that the TGA will be looking at with their full approval coming very soon.”

Australia has supply agreements in place for the AstraZeneca, Pfizer and Novavax vaccines.

TND has contacted Novavax for comment on its vaccine, but the federal Department of Health said it received no formal TGA application from the company.

Pfizer told TND last week it would bring supplies of its vaccine to Australia once the TGA officially approved it.

The federal government has not struck a deal for Johnson & Johnson or Moderna, whose drug is easier to distribute than the Pfizer vaccine.

He is concerned about the potential risks if AstraZeneca fails to pass health and safety checks.

“That’s why the federal government should have been months ago spreading that risk more thinly with more deals,” Mr Bowen told ABC radio on Wednesday.

Australia unable to get more Pfizer jabs, as officials back AstraZeneca supply