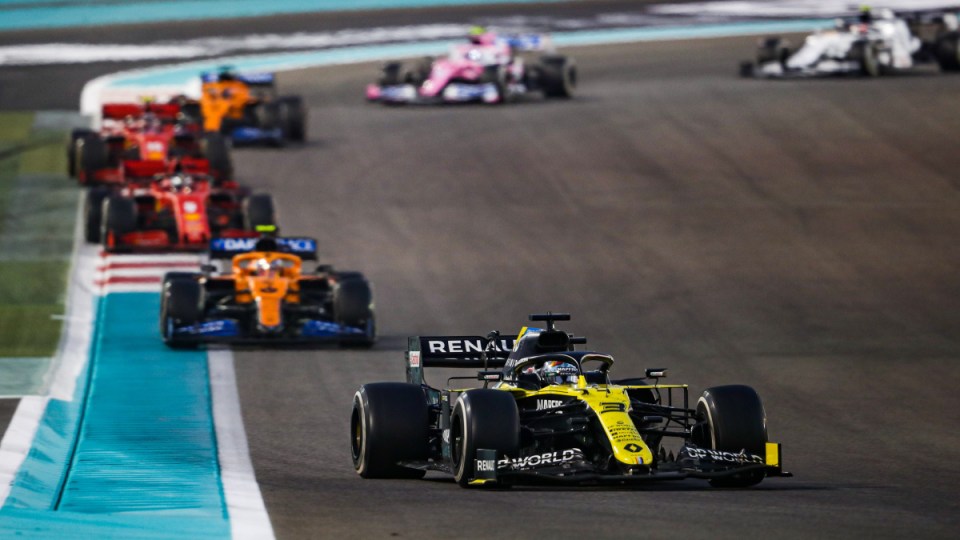 Australian Daniel Ricciardo, pictured in Abu Dhabi in December, will have to wait until November to showcase his new McLaren. Photo: EPA

Australia’s Formula 1 Grand Prix has been moved to November 21, shifting from its prime spot as the season-opening race to the third-last race.

Originally scheduled to be held at Melbourne’s Albert Park circuit from March 18-21, the race will instead be eight months later after an agreement reached by the Formula 1 organisation, Victorian government and the Australian Grand Prix Corporation.

The decision, announced on Tuesday evening, comes amid uncertainty about quarantine and international travel disruptions caused by the coronavirus.

The announcement came on the same day that Victorian ministers defended a decision to welcome international tennis players to Melbourne for next month’s Australian Open, while banning Victorians in Sydney and Brisbane from returning to the state.

The Australian Grand Prix was one of the first victims of the global pandemic, with fans left outside gates when the race was cancelled in March.

Like many sports across the globe, the F1 season resumed in July, but Tuesday’s rescheduling is evidence that sporting administrators will likely be cautious in 2021 as the pandemic continues to wreak havoc worldwide.

“The global pandemic has not yet allowed life to return to normal, but we showed in 2020 that we can race safely as the first international sport to return and we have the experience and plans in place to deliver on our season,” Mr Domenicali said.

“Obviously, the virus situation remains fluid, but we have the experience from last season with all our partners and promoters to adapt accordingly and safely in 2021.”

“The Australian Grand Prix is one of the great events in the world and we’ll make sure it can be run safely and successfully in November,” Mr Pakula said.