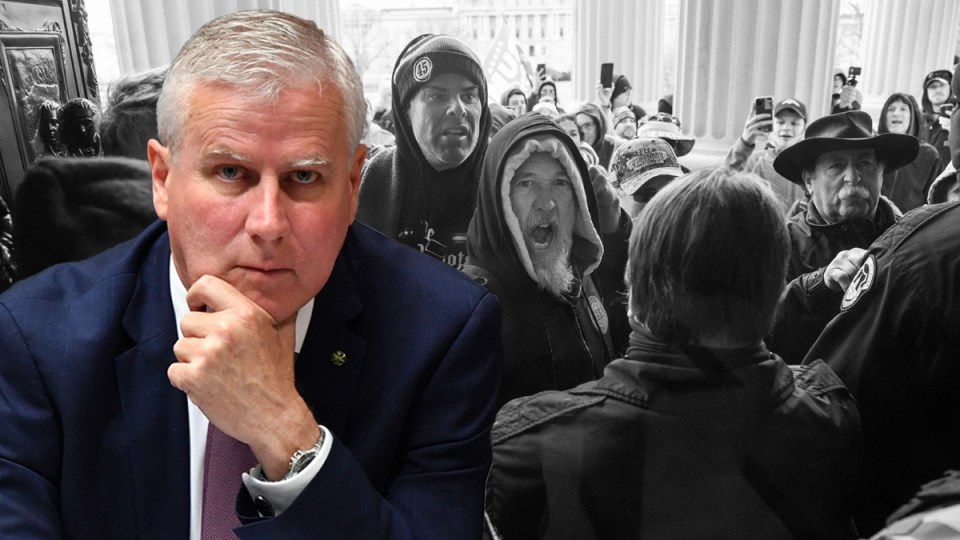 The human rights group said the comparison, which Mr McCormack made during a radio interview on Monday, was “deeply offensive”.

“He must be condemned in the strongest terms,” said Amnesty International’s Indigenous Rights Lead, Nolan Hunter.

Mr McCormack, who is acting PM while Scott Morrison takes a week’s holiday, appeared on the ABC’s Radio National on Monday morning. Towards the end of the interview, which focused largely on COVID border restrictions, the Nationals leader was asked if he thought US President Donald Trump should be removed from office.

Following violent scenes at the American house of Congress, which left five people dead and massive damage to the Capitol, US politicians are discussing impeaching Mr Trump or demanding he be removed under the 25th amendment to the national constitution.

“That’s a matter entirely for the United States of America,” Mr McCormack said, when asked if the President should be removed.

“It is unfortunate that we have seen the events at the Capitol Hill that we’ve seen in recent days, similar to those race riots that we saw around the country last year.”

The acting PM’s comments about “race riots” in Australia were interpreted by some as a reference to the huge Black Lives Matter rallies that took over Australian cities in June 2020.

Those demonstrations, part of a global movement following the death of Minneapolis man George Floyd at the hands of police, were largely peaceful in Australia.

Some smaller skirmishes between police and protesters did occur after the main public events had ended. Most notably, one between police and demonstrators underneath Sydney’s Central train station, where officers deployed capsicum spray.

Mr McCormack did not further clarify his “race riots” comments in the Radio National interview.

The New Daily contacted his office for comment. In a brief statement, a spokesperson for the acting PM said “Violence is violence and we condemn it in all forms.”

Amnesty International called for Mr McCormack to apologise for his comments comparing the Black Lives Matter rallies to the Capitol riot.

To call the #BlackLivesMatter movement ‘race riots’ proves you have ignored the incredibly important message that it shared. @M_McCormackMP, you must withdraw your deeply offensive comments now.https://t.co/mDlTiO4cID

“The Acting Prime Minister must immediately withdraw his deeply offensive comments that compared the violent attacks on the US Capitol to the historic and important Black Lives Matters movement that swept the world last year,” Mr Nolan said.

“To call the Black Lives Matters movement ‘race riots’ proves that the Acting Prime Minister ignored the incredibly important message that it shared.”

The Aboriginal Legal Service tweeted it was “a disappointment (to say the least) to see the Acting PM mischaracterise our fight for justice as “race riots”.”

“Our demand that Black lives be valued and defended against state-sanctioned violence is in no way comparable to attempts to violently overthrow an election,” the service said.

The acting PM also came under fire last September after an episode of Q&A, where he wrongly claimed that a COVID outbreak in Victoria had been linked to the BLM rally in Melbourne.