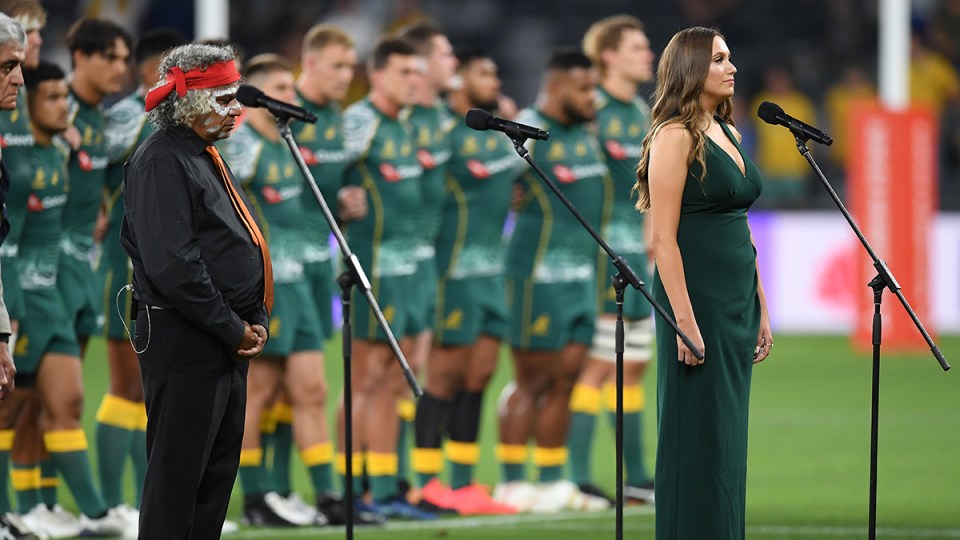 An immediate amendment has been made to the national anthem, Advance Australia Fair – in a surprise distraction from the coronavirus crisis engulfing New South Wales.

Made “in the spirit of unity’’ after NSW Premier Gladys Berejiklian backed the concept in November, the second line of Advance Australia Fair will change from ‘For we are young and free’ to ‘For we are one and free”.

The Office of the Prime Minister announced on Thursday night the new wording takes effect from January 1, with Governor-General David Hurley agreeing to the change after consultation with federal cabinet, state premiers and governors, Speaker of the House and the Senate president.

The change could attract criticism after the initial suggestion was not universally welcomed.

An alternative also arose in early December when the anthem was sung in the Eora First Nations language and in English before the Wallabies Tri-Nations match against Argentina.

Advance Australia Fair was composed by Peter Dodds McCormick and first performed in 1878.

Bob Hawke last recommended a lyric modification of Advance Australia Fair (altering three lines and reducing it from four verses to two) when it was officially adopted as the national anthem in April 1984.

It replaced God Save The Queen, which is still played alongside the national anthem at public engagements attended by members of the royal family.

Prime Minister Scott Morrison said the unity shown by Australians over the past year should be reflected in the anthem.

“While Australia as a modern nation may be relatively young, our country’s story is ancient, as are the stories of the many First Nations peoples whose stewardship we rightly acknowledge and respect,” the PM Scott Morrison said.

“In the spirit of unity, it is only right that we ensure our national anthem reflects this truth and shared appreciation

“[One and Free] recognises the distance we have travelled as a nation.

“It recognises that our national story is drawn from more than 300 national ancestries and language groups and we are the most successful multicultural nation on Earth.

“It reaffirms our resolve as one of the world’s oldest democracies … and the aspirations we share for the future.”

The announcement may erase tensions from November’s NAIDOC Week, when the government voted down a motion to fly the Aboriginal and Torres Strait Islander flags in the Senate chamber.

The justification at that time was that the government believed it is only “appropriate” to fly the national flag.

Beneath our radiant Southern Cross We’ll toil with hearts and hands;
To make this Commonwealth of ours Renowned of all the lands;
For those who’ve come across the seas We’ve boundless plains to share;
With courage let us all combine To Advance Australia Fair.
In joyful strains then let us sing, Advance Australia Fair.

‘For we are one and free’: National anthem change signed, sealed and delivered