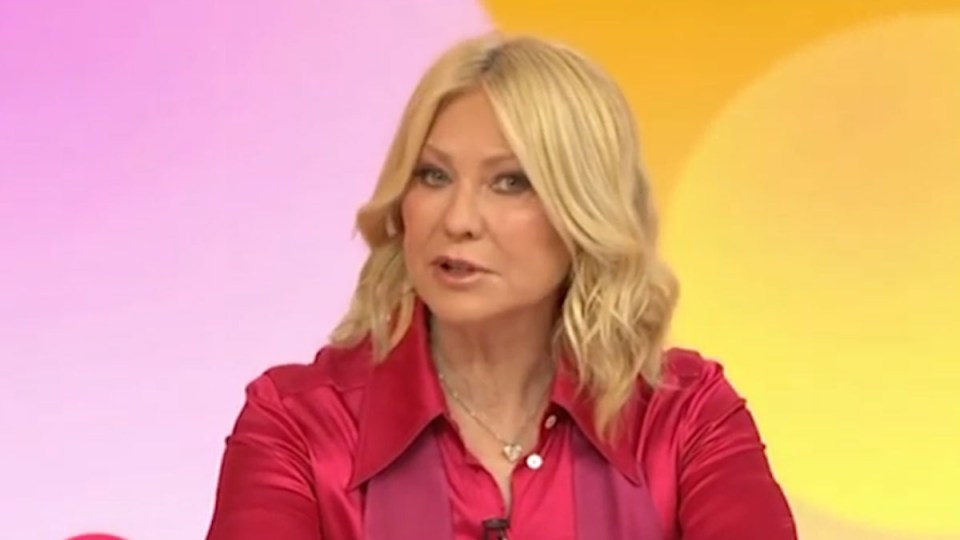 Kerri-Anne Kennerley has broken her collarbone and chipped her ankle. Photo: Twitter

Entertainment veteran Kerri-Anne Kennerley has broken her collarbone and chipped her ankle after falling from a trapeze during Wednesday night’s performance of Pippin at Sydney Lyric Theatre.

The broadcaster was at the end of her character’s signature song, which is performed four metres off the ground on a trapeze, when she slipped.

The show was briefly stopped before Kennerley, 67, got to her feet and finished her song.

She was then taken off stage to St Vincent’s hospital.

Footage of the incident shared on Twitter shows the entertainer being suspended with another performer before she appears to slip.

The audience can be heard gasping as the rest of the cast form a circle around her.

In a statement released on Wednesday, Kennerley joined thousands of others around the country, saying: “Good riddance to 2020.”

“I’m devastated that I can’t finish the run. It was just so much fun,” she said.

“Pippin has genuinely been one of the great experiences of my life, exceeding all my expectations.

“The cast have always been supportive and now more than ever. What happened is just a random misstep in the trapeze and circus world. I’ve always felt safe in their hands, but accidents just happen.”

It’s unknown when she might return to the stage, with producers saying Kennerley will be replaced by an understudy for “the time being”.

Speaking to The Senior, Kennerley previously talked about the vigorous six-day training schedule she went through to prepare for the role.

“It’s all about upper-body strength and core work. In my big number, I have to get on a trapeze and go up 15 feet,” she said.

“I’m helped by a very strapping, hunky trapeze artist and we do several movements including one called The Bird, and one where I have to hang by my feet.

”It’s a big learning curve and I realise how active and tough this is going to be. It’s really coming home to roost now. But every day there is some improvement.”

At the time, Kennerley’s casting for the role of Berthe was controversial.

The entertainer has drawn criticism in recent years after making statements on sexual assault in Aboriginal and Torres Strait Islander communities when discussing Invasion Day protests.

Pippin is slated to run until the end of January.