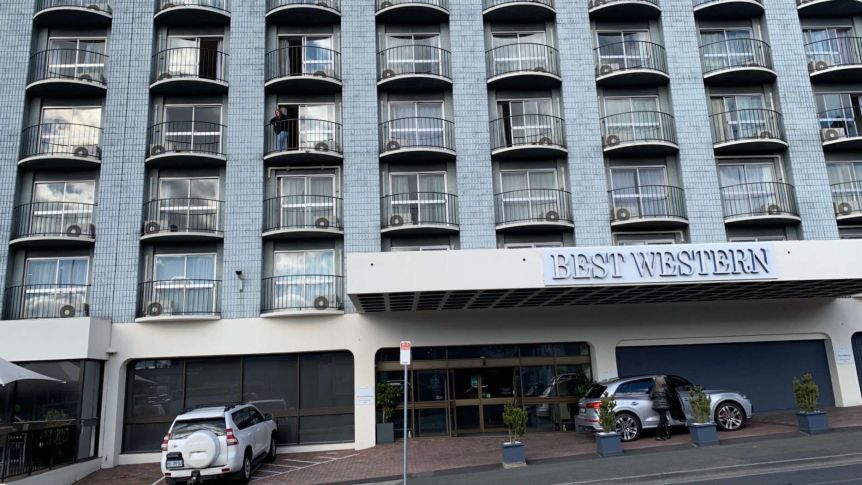 New positive coronavirus cases in hotel isolation, including one involving a more contagious strain, has prompted some of Australia’s leading health experts to call for the “faulty” quarantine system to be “streamlined”.

The nation’s peak medical body, the Australian Medical Association, has warned that the failures in management of hotel quarantine will continue to put the country at risk until a vaccine is rolled out, but says the issues can easily be tweaked.

On Tuesday, 19 overseas travellers in hotel quarantine tested positive for the virus, with one woman who arrived in Queensland being transferred to hospital with a South African strain.

Calls to fix up the failures in the system come after 49-year-old Jenny Maree D’Ubios walked out of a Perth hotel on Saturday morning.

On the other side of the country, Sydneysiders are preparing to celebrate a low-key New Year’s Eve as the outbreak in the city continues grow – and investigations are under way into how people in regional areas tested positive, with authorities believing they could be linked to the Sydney cases.

New NSW Health data showed there had been 45 cases outside the Northern Beaches since the outbreak started – one of them announced on Tuesday is in Wollongong and, as of that night, had no known connection to the Avalon cluster.

Premier Gladys Berejiklian said the fact the virus had spread to Greater Sydney and regional NSW meant the entire state needed to be on high alert.

“Ironically as we see time move on, the threat in Greater Sydney is almost becoming as equal to parts of the Northern Beaches,” she said.

“You might think you are in a remote part of NSW or in a regional community, but you may have been with someone who has been to another part of the state where they could have acquired the virus. Please be on your toes and be on high alert.”

The state’s public health teams are nervous the outbreaks could result in large seeding events and are stressing anyone with symptoms needs to get tested.

“If you are a close contact of a case, it is critical you complete your full period of isolation, even if you receive a negative test result,” a spokesman said.

If you live in Greater Sydney, Wollongong or Central Coast, the following restrictions apply:
-10 visitors to your home (including children).
-Up to 50 people can gather outdoors (down from 100).
There is no change to current arrangements for regional NSW.

Months on, there are concerns that other states haven’t learnt enough from mistakes made earlier in the pandemic.

AMA federal president Dr Omar Khorshid said the system had been “extraordinarily successful considering the size of the program” but there were still ongoing issues.

“Any system can be improved,” Dr Khorshid told The New Daily.

He said the ability of states to learn from their mistakes – such as WA’s lax security, which was overhauled on Tuesday or Victoria’s transient and poorly trained workforce, would see good results but there were still holes.

For instance, there needed to be more assurances healthcare workers had appropriate personal protective equipment (PPE), such as the nurse from Western Sydney who tested positive last week after transporting a symptomatic family from the airport, he said.

“We need to make sure the PPE for the workers is adequate,” Dr Khorshid said.

He said a new rapid COVID-19 test that can produce a positive or negative result in just 15 minutes is currently being looked at by Australian health authorities.

If it is effective, Dr Khorshid said, it should be given to hotel workers daily.

“You could give it to hotel quarantine workers and those at risk on a daily basis, which could prevent them going back into their communities if they are sick, or spreading it around the hotel facilities,” he said.

Adjunct Professor Bill Bowtell from the University of New South Wales said the NSW outbreak proved Australia needed to make changes to its quarantine system, and implement a national program that was properly staffed.

“We have not put in a completely robust quarantine system,” he said.

Previously in NSW, airline staff working on international routes stayed in 25 different hotels and were allowed to apply for an exemption.

After the outbreak, the state government announced they would be made to quarantine in two hotels.

Professor Bowtell pointed to this as part of the problem.

“Over the months the weaknesses have become apparent,” he said.

“Melbourne showed us what lack of training and a permanent workforce can do. The problem in Sydney is we have had exemptions for people like flight crews.”

There needs to be a national director of quarantine to help roll out best practices across all sates, Professor Bowtell said.

“I’m baffled why there isn’t one director of quarantine. We have an alphabet soup of agencies and the virus detects the weakest link between them all,” he said.

There were also calls on Tuesday to move the quarantine facilities away from inner cities and out into regional areas.

But Professor Bowtell said moving people further away from their points of arrival would just exacerbate the issues.

It would increase travel time, and put the strain on regional hotels and doctors to deal with any positive cases, he said.

“It’s not about where it is, but if it works,” Professor Bowtell said.

“The logical place is as close to the airport as possible.”

We need more facilities and more trained staff to bring in the rest of Australians stuck overseas, he said.

“We need to staff it properly and do it to scale,” Professor Bowtell said.

“It’s not going to be fixed by doing it in the emergency haphazard way as we did at the beginning. It has to have some order, discipline and central administration.”