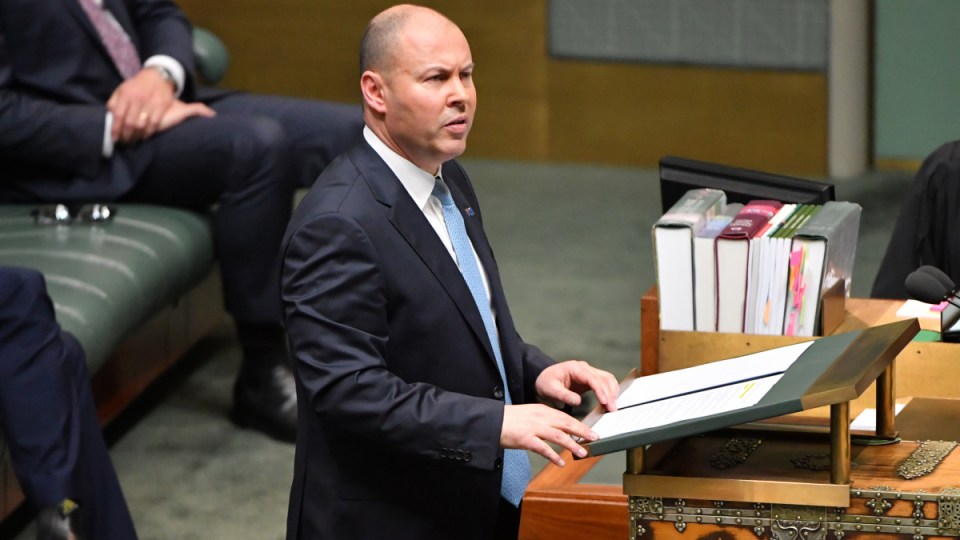 Australia is “rebounding strongly” from COVID, but it will be years until national debt, unemployment and economic figures return to pre-pandemic levels, according to the government’s cautiously optimistic fiscal update.

However, the potential failure of rosy predictions – assuming a simple vaccine rollout, no further escalation in the trade war with China and no more state border lockdowns due to COVID outbreaks – could shatter those headline figures.

It’s been just two months since the federal budget, but the government’s financial double act claimed the nation’s economic picture had already grown rosier. The federal budget deficit in 2020-21 is projected to be $197.7 billion, revised down some $16 billion since the October budget.

This, the Treasurer said, came on the back of state governments lifting border restrictions, unemployment and job growth beating expectations, and a clearer picture around a coronavirus vaccine being widely available in 2021.

“We have come a long way from Treasury’s initial estimate that the unemployment rate could reach 10 or 15 per cent without JobKeeper,” Mr Frydenberg said, speaking just after Bureau of Statistics figures reported national unemployment improved 0.2 per cent to 6.8 per cent in November.

The Treasurer placed the praise at the feet of the government’s “unprecedented levels of economic support”, including the JobKeeper wage supplement, the JobSeeker coronavirus supplement, and business support.

However, Mr Frydenberg admitted unemployment would take years to return to pre-pandemic levels. In the March 2021 quarter, the jobless rate is forecast to peak at 7.5 per cent, down from a projected 8 per cent, and then decline to 6.25 in mid-2022 and 5.75 in mid-2023.

It will be “mid-2024”, the Treasurer said, before unemployment tickles 5.25 per cent, near where it was at the start of 2020. Nearly a million Australians remain unemployed.

Due to fewer businesses getting JobKeeper – partly due to changed eligibility rules, partly to businesses recovering enough to not need it – and lower payments on JobSeeker, Mr Frydenberg said the government expected to spend $6.5 billion less and rake in $9.4 billion more in taxes in 2021, than was projected just two months ago.

“The Australian economy is rebounding strongly,” the MYEFO documents state.

“Australia’s economic and health outcomes continue to compare favourably to other countries and the Australian economy is forecast to outperform all major advanced economies in 2020.”

“The labour market continues to strengthen alongside the recovery in economic activity, with around 80 per cent of the 1.3 million people who lost their job or were stood down on zero hours in April now back at work,” the report said.

However, Mr Frydenberg and Senator Birmingham noted there were rosy assumptions and some negative scenarios built into the Treasury projections, which could make reality a little rockier.

For one, MYEFO assumes that a COVID vaccine “will be available in Australia by March 2021, with a population-wide vaccination program fully in place by late 2021”.

That is a timetable consistent with rhetoric from federal politicians and health authorities, and vaccines that Australia has access to are already being distributed in the US and Britain. But even the MYEFO admits there is “uncertainty with respect to timing, distribution and efficacy in controlling the spread of the virus globally”.

Australia has deals locked in for supply of three COVID vaccines, but has not given official final approval to a vaccine yet.

MYEFO also assumes that “over the forecast period localised outbreaks of COVID-19 occur but are contained”.

Considering the recent outbreak in Adelaide, where several states shut their borders to South Australia during a relatively small but concerning cluster, and the developing outbreak on Sydney’s Northern Beaches, this too may be an optimistic projection.

However, the current iron ore price is booming at $150 a tonne, higher than expected in the October budget. The MYEFO assumes that price will decline to about $55 a tonne, but not until September 2021 – three months later than the bottom point predicted in the budget.

Despite a pending case at the World Trade Organisation against China over its tariffs on barley, with wine and coal also potentially to be elevated to that forum, Australia’s iron ore trade with China is seen as relatively safe – with few other markets available for Beijing to purchase that commodity.

“This budget update reflects the fact there are disruptions, it acknowledges the risk that is there,” Senator Birmingham said.

“Of course, we also seek to minimise that risk by seizing the other opportunities available to exporters and farmers.”

“The economy is a bit stronger now than the Morrison government and most forecasters imagined in the depths of this crisis, but is still much weaker than it needs to be,” the opposition pair said in a statement.

“The economy still hasn’t rebounded strongly enough or quickly enough for the 2.2 million Australians who are looking for work or more work right now.”

MYEFO: Budget deficit down but years before unemployment returns to pre-pandemic level