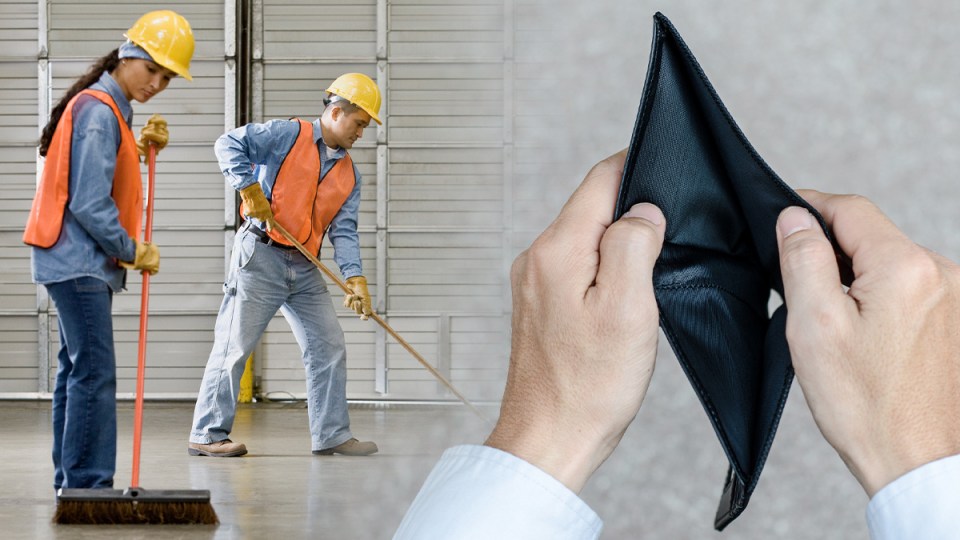 Foreign skilled workers in Australia have been paid as little as $40 a day, a committee has heard. Photo: TND

The workplace watchdog admits there is “still work to be done” in stamping out wage theft and underpayment of vulnerable migrant workers, with a damning new study finding nearly 90 per cent of job ads are offering to pay below minimum wages.

A blistering investigation from Unions NSW claimed systems to protect against wage theft are “ineffective”.

It said some adult workers were paid just $8 an hour and called for urgent reform to protect those most at risk.

“The exploitation of temporary migrant workers in Australia is a common and known problem that appears to be endemic throughout Australian workplaces,” the report said.

They were for Australian-based jobs and found on community Facebook groups, foreign language websites and newspapers.

Unions NSW said its investigation – claimed to be the first large-scale audit of foreign language job advertisements in Australia – found that of the 2189 jobs that advertised a rate of pay, roughly 88 per cent offered below the national legal minimum award rates.

In the 2020 report, more than 97 per cent of jobs advertised in construction were below award wages, followed by 92 per cent in cleaning, 88 per cent in hair and beauty, 87.5 per cent in fast food, and 87 per cent in retail.

Advertisements written in Vietnamese were the most likely to pay illegal wages (90.7 per cent), according to Unions NSW.

The report found one nail technician job advertised at $8 an hour. Another 38 jobs were offering just $10 an hour.

The New Daily has reported on numerous examples of foreign workers being paid pitifully low wages to undertake dangerous or undesirable work on farms.

On too many occasions, we have third world working conditions in a first world country,” Mr Burke said on Monday.

“In 2016 an inquiry into migrant wage theft was called ‘A National Disgrace’, and so it clearly remains,” he told The New Daily.

“When combined together, our industrial relations plus our migrations laws leave migrant workers exposed. COVID has worsened the situation but is by no means the cause.”

Mr Bandt said migrant workers had been left “highly vulnerable” by a lack of government support during the pandemic.

“These stories of exploitation of workers are Dickensian and completely unacceptable,” he said.

“We want to see the full force of the law come down on employers who are taking advantage of people in a terrible situation.”

“Current strategies to combat wage theft are ineffective and highlight an urgent need to remove the structural barriers that prevent the stamping out of exploitation of temporary migrants,” the report said.

A Fair Work Ombudsman spokesperson said the watchdog recognised the unique issues faced by migrant workers, and had a “trend of litigating a high proportion of matters involving visa holders”.

“The Fair Work Ombudsman prioritises matters that involve migrant workers, who we know can be vulnerable to exploitation,” they told TND.

The FWO said it took 24 litigations involving visa holders to court last financial year, which was 44 per cent of all its court matters. This action helped recover $1.7 million in lost wages and won $3 million in court-ordered penalties.

“While there is still work to be done, the Fair Work Ombudsman is committed to continuing to provide both education and enforcement to ensure that visa holders are aware of their entitlements when working in Australia, and know who to come to for help when those rights are not being met,” the spokesperson said.

The proposed wage theft laws would increase maximum penalties for wage theft to $5.55 million for corporations, while individual bosses would face up to $1.11 million or five years in jail.

“It also takes direct action to address the issue of non-compliant job advertisements, by introducing a new prohibition on employers advertising pay rates that are below the minimum wage,” Mr Porter told TND.

He added the government had increased FWO funding by $160 million in recent years.

“This funding will ensure the FWO is an active and visible regulator, and includes specific funding to protect vulnerable migrant workers by helping to improve migrant workers’ understandings of their workplace rights and cracking down on non-compliant employers.”

Nine out of 10 foreign job ads advertising below minimum wage