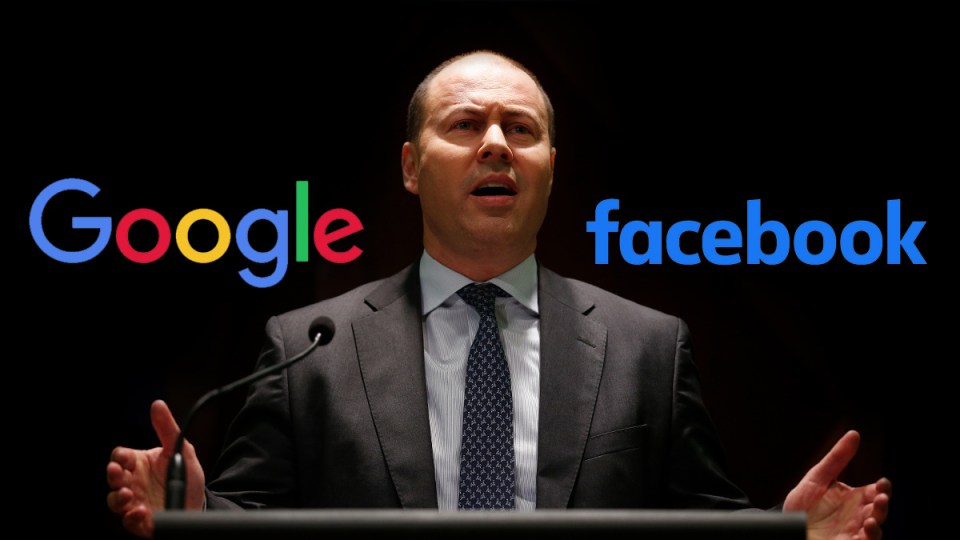 Large digital platforms will be forced to pay news outlets for their content, under a new ACCC code. Photo: The New Daily

Facebook and Google will be forced to negotiate with major Australian media organisations on how much they pay for news content on their platforms.

Treasurer Josh Frydenberg spoke with the Australian heads of Google and Facebook on Tuesday before announcing the proposed laws.

The finer detail won’t be revealed until the bill is introduced to parliament on Wednesday.

Mr Frydenberg said he hoped it would put digital platforms – now backed by huge digital advertising dollars – on a more even kilter with traditional news outlets.

“The world is watching what happens here in Australia,” he told reporters in Canberra.

Mr Frydenberg confirmed the ABC and SBS will be included in the media bargaining code alongside commercial news organisations.

Australian Competition and Consumer Commission chairman Rod Sims initially excluded the broadcasters from the draft code because they were publicly funded.

Revenue received by the ABC under the code will go towards regional journalism.

The government wants commercial deals to be struck outside the code but if that’s not possible a “final offer arbitration model” will take effect.

Mr Frydenberg described it as a two-way value exchange where money can only go from the platforms to news outlets.

But arbitrators would need to take into account the benefit news outlets get for having a bigger audience when their products are on Google or Facebook.

Instagram and YouTube will be excluded from the laws, with Mr Frydenberg handed power as treasurer to decide which platforms are included.

Communications Minister Paul Fletcher stressed the importance of the bargaining code to Australian journalism, saying it’s vital for a democracy to have diverse voices in the media.

The bill will also set standards for digital platforms, including providing news media 14 days warning before algorithms are changed.

The draft laws will go to a parliamentary inquiry before being voted on early in the new year.

Labor has asked the government for a briefing but will have to wait and see what’s in the bill.

“They’re all about the announcement but they have difficulty when it comes to delivering,” shadow treasurer Jim Chalmers told reporters.