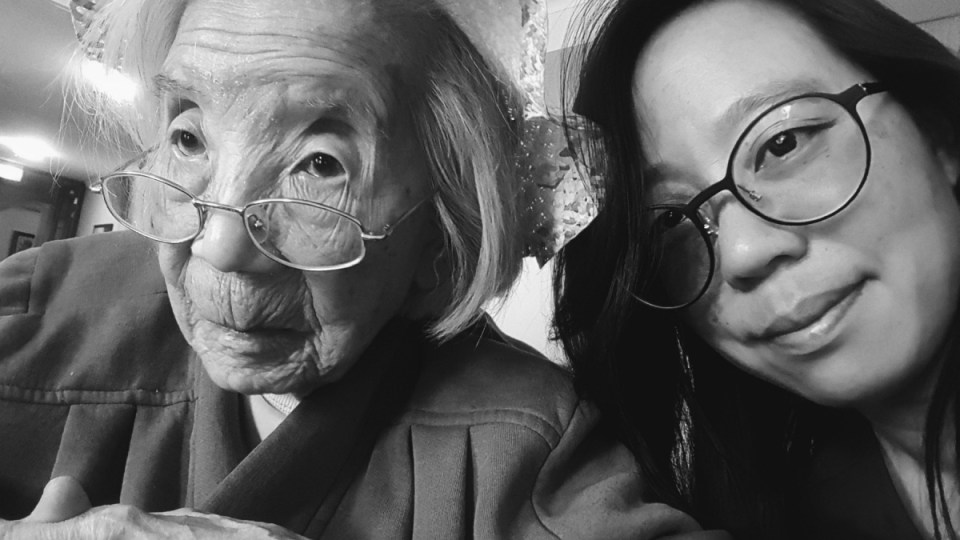 Death can be such a taboo subject, but one Sydney woman has found a unique way of holding on to her beloved 100-year-old grandmother after she passes.

Clara Cheong thinks of Anna every time she turns on her rice cooker.

Not because it holds a favourite food but because the sound it now makes – a low rumble. It’s the sound of her grandmother snoring.

The inspiration for the rice cooker came during afternoon tea with her grandmother.

When the room would inevitably fall silent during one of their usual get-togethers, the younger woman would take out her phone not to occupy herself on socials but to hit record.

Soon her grandmother would begin snoring – a sound Ms Cheong knows she will one day cherish.

“I love my grandma so much. Since she turned 100 I’ve just wanted to hold on to her somehow,” she said.

With the help of electronics manufacturer Paul Cooper, Ms Cheong now only has to turn on her cooker to listen to the comforting sounds of her grandmother sleeping.

Hear the rice cooker below

Ms Cheong is one of 30 artists who will this week be showcasing a cremation urn that they’ve each designed with the theme ‘Rising From the Ashes of 2020’.

She’s turned hers into a speaker. Touch it and you’ll hear a group of nuns belonging to the Little Sisters of the Poor congregation who have been caring for Anna for more than 25 years, singing in a chapel.

“There is a term for it, schizophonia. It’s that feeling where there is a disembodied voice. It’s where the voice is not where you expect it to be.”

Liz Amalfi ,who runs a company importing coffins, had discovered dozens of unused urns that her late father had imported from Italy and decided to give artists the opportunity to design them and put them up for silent auction, with profits going to the charity of their choice.

For Ms Cheong, the white urn reminded her of the Little Sisters “because they look after the elderly who are in need and accompany them until they pass away”.

Ms Cheong is keeping the piece a warm white to match the colour of the habit worn by the nuns while caring for the elderly.

She has also recorded her friend Ngaire Kirwan singing Ave Maria and made it so that sound also comes out of the urn.

“Where you touch it will give a trigger for a different blessing. But you won’t know which blessing’s coming,” Ms Cheong said.

Another artist, Elizabeth Armanious, has turned her urn into a piece representing herself and a symbol of challenges overcome.

From old Icelandic spells to Germanic spells, runes and Egyptian signs, almost all of the symbols on the urn she has as tattoos.

From the suburb of Carlton in Sydney, Ms Armanious, 40, said one of them is an ancient Icelandic spell that Vikings would cast to destroy enemy ships.

“For me, it’s a metaphor about going into a battle and coming out a victor,” she said.

Ms Armanious has her own secret code that she uses to write in her journal. Parts of that code were painted on the urn, too.

“It’s not exactly a written language, like oh this spells out a word but each glyph has in it a certain number of like, concepts, I guess, that fit together,” she said.

“It’s a bit looser than a language.”

Ms Armanious also has her name on the urn, the same way it appears tattooed on her sternum – in Finnish runes incorporating elements of an Egyptian god to honour her mother’s family from Finland and father’s family from Egypt.

The urns will be displayed in an exhibition starting on Thursday and running until December 21 at the Gaffa Gallery in Sydney.