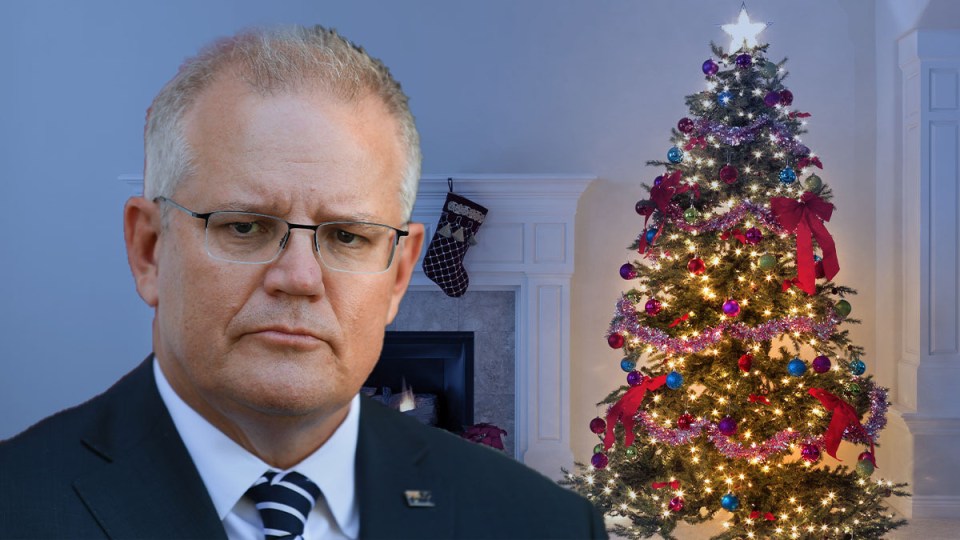 The government has admitted thousands of Australians wanting to come home may be left stuck overseas until at least the end of the year, with scorching criticisms that Scott Morrison has “broken promises” to get them all home by Christmas.

But as he faces claims of “doing nothing”, the Prime Minister has defended the government’s record and placed the blame with state governments for imposing caps on international arrivals.

“Stranded Australians are looking for some honesty and some action from their Prime Minister today. Instead, all they get from Scott Morrison is excuses,” Labor senator Kristina Keneally said.

On Thursday, officials from the Department of Foreign Affairs and Trade revealed nearly 37,000 Australians waiting overseas had registered hopes to come back with the department.

But only about 29,000 places on flights and in hotel quarantine will be available between now and Christmas, meaning 8000 people may be stranded overseas until 2021.

Hundreds or thousands more may still be waiting in their 14 days of hotel quarantine on Christmas Day.

The Senate committee also heard from Australians stuck overseas, who said they were left frustrated at a lack of government support.

The revelation comes two months after Mr Morrison said he wanted to  “get as many people home, if not all of them, by Christmas”, and Health Minister Greg Hunt said the government wanted “to ensure that every Australian who wants to come home is home by Christmas”.

Mr Morrison defended his work on Thursday, pointing to his government having supported flights, provided Australian Defence Force support in hotel quarantine, and provided 24/7 consular help for those stuck overseas.

“Australia is moving everything we possibly can to get as many Australians home,” he said.

Mr Morrison also defended his September promises by claiming he was referring to “the numbers we currently had registered at that time”.

He added some 35,000 Australians had returned since September, boasting the government had “exceeded” its goal.

But of that number, just 14,000 of those were on the official list at the time he made the September promise.  That means about 13,000 of September’s cohort are still waiting to get home – and they have been joined on government lists by an extra 24,000 Aussies.

Senator Keneally was blistering in her scorn at the numbers, calling it a “new low” and claiming the PM was sharing “deliberately misleading numbers”.

The senator accused the Prime Minister of “broken promises” and “passing the buck”.

But Mr Morrison said the increasing number of people wanting to come home was part of the problem.

He protested it was the states putting “constraints” on airport arrivals and hotel quarantine, and said that Services Australia staff had spoken to many of those wanting to come home who were happy to delay their trips.

“Many of those have recently told us, well no, we can come back next year,” Mr Morrison said.

“The ability to get people home to Australia depends on the available quarantine capacity.”

However, DFAT knew of the very problem of the line getting longer.

Officials told another parliamentary committee on September 2 the department “expects that the number of Australians registering an interest in returning will continue to increase”.

Foreign Minister Marise Payne, appearing alongside the PM, would commit only to trying to get “as many Australians back in Australia before Christmas as we can”.

“Fundamentally, this is an issue of the state caps remaining in place at the levels they are,” he told ABC TV.

“We’ve put on line the facilities in the Northern Territory but really, the Commonwealth can’t act alone. We do need the states to be leading the way on this.”

Senator Keneally accused the government of shirking its responsibility.

“The federal government is responsible for our international borders,” she claimed.

“Scott Morrison must stop passing the buck on quarantine to the states, just like he did with the Ruby Princess and aged care, and take responsibility for our national quarantine arrangements to safely bring more stranded Australians home.”

Labor MP Amanda Rishworth added: “I think blaming the states and territories when there are Commonwealth assets available is not good enough.”