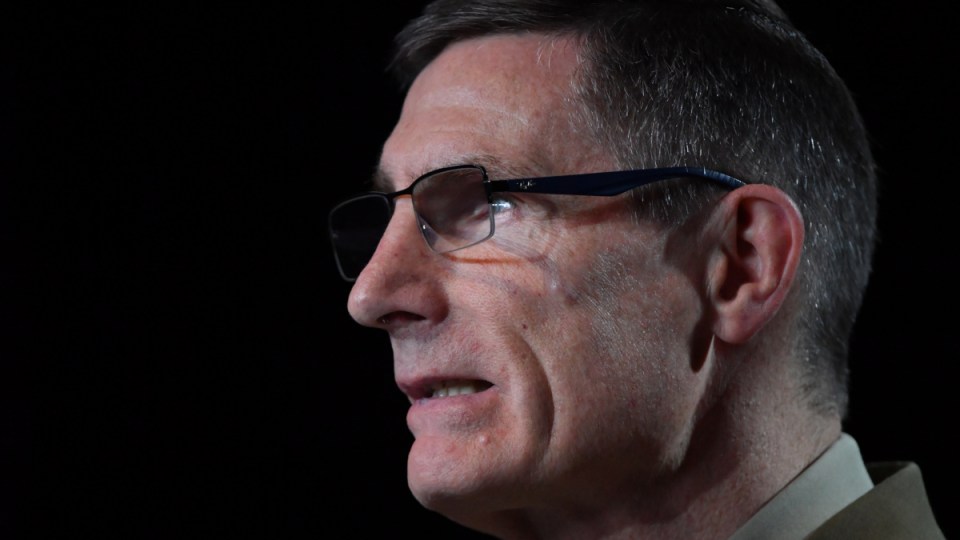 Numerous Australian soldiers will lose medals and could face murder charges after a stunning Defence Force report made sweeping allegations of war crimes and subsequent cover-ups by troops serving in Afghanistan.

It’s being described as one of the darkest days in Australia’s military history, with allegations 25 special forces troops were involved in the murder of 39 people including prisoners, farmers and civilians – all unarmed, many injured or taken prisoner.

“Today, the Australian Defence Force is rightly held to account for allegations of grave misconduct by some members of our Special Forces community during operations in Afghanistan,” chief of defence General Angus Campbell said on Thursday.

“These findings allege the most serious breaches of military conduct and professional values.”

He said the Brereton review, which investigated rumours of war crimes among Australian troops from 2006-2016, found credible evidence of “grave misconduct”, including war crimes of murder and cruel treatment.

Federal politicians have responded cautiously, calling for the allegations to be further examined by the government’s new special investigator. They were at pains to not tar all serving Australians with one brush.

Defence Minister Linda Reynolds promised that “accountability will be the cornerstone of Defence’s response”.

“This is crucial to maintaining the highest standards Australians expect of our military, reassuring confidence and trust, and learning from grave failings,” she said after the report’s release.

Senator Reynolds said the new Afghanistan Inquiry Implementation Oversight Panel would report to her regularly. General Campbell is expected to update the government at least every three months on the army’s progress in responding to the recommendations.

“I remain proud of the men and women of the ADF who have served our nation on operations at home and around the world, and have done so with distinction,” she said.

“The findings announced by the dhief of the defence force today should not cast a shadow on the vast majority whose contributions to the mission in Afghanistan were carried out to the highest standards demanded of them.”

“The allegations in respect of a few, do not detract from the sacrifice of the many,” he said.

“I particularly want to acknowledge the bravery of those soldiers who stood up and called out when they saw wrong occurring within their own ranks. This was enormously courageous. In my book, this is bravery of the highest order.”

Mr Marles called Thursday “one of [the] most difficult days” in military history.

“The allegations which are contained in the report of Major-General Paul Brereton are simply appalling and this report makes for extremely difficult reading,” he said.

Shadow attorney-general Mark Dreyfus called it “a very sad day for our country”.

Senator Reynolds and the Labor pair all stressed the importance of allowing the next stage in investigation, through the special investigator and potentially the Australian Federal Police, to be carried out. Senator Reynolds said the process around the four-year review had been “extremely challenging and distressing” for army families.

“Defence will keep working hard to make sure people get the right support when they need it. This is the government’s highest priority. I strongly encourage current and former serving ADF members and their families to reach out and seek the help they need,” she said.

“The people involved will be held accountable through the independent processes detailed by the CDF but we must not allow the alleged actions of a relatively small number to stain the reputations of the thousands who serve today, and the broader veteran community,” he said.

Mat Tinkler, the deputy CEO of Save the Children Australia – which works with communities in Afghanistan – called for those responsible to be held accountable.

“We know that all wars are wars against children, but it is truly devastating to learn that there have been atrocities committed against children by Australian soldiers,” he said.

“Australia’s vigorous response to these heinous findings will demonstrate our nation’s commitment to upholding international humanitarian law, including the protection of children in war.”

“Canberra needs to learn lessons from the UK’s failed efforts to prosecute soldiers implicated in war crimes in Iraq and ensure that no government minister has the power to interfere, direct, or prevent investigations and prosecutions.”

“The Office of the Special Prosecutor needs to be able to investigate and prosecute Australian military personnel regardless of rank.”

‘Shameful’: Demands for prosecutions after 39 alleged murders by Australian soldiers