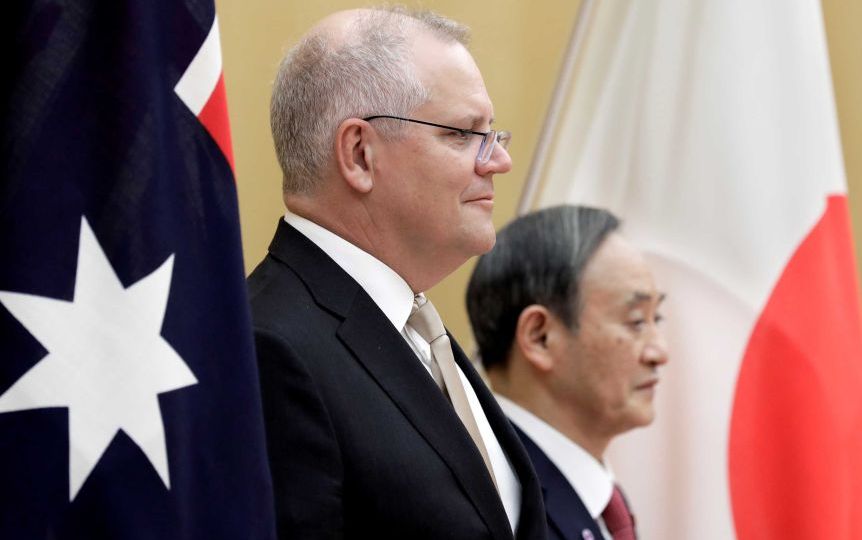 Australia and Japan have taken a major step towards signing a long-awaited defence pact that will enable both countries to intensify military co-operation in the face of rising tensions with China.

Officials have spent six years negotiating the agreement, which will provide a legal and administrative framework for both forces visiting the other country.

It marks a significant milestone for Japan, which has not struck a pact on a foreign military presence since the Status of Forces Agreement it signed with the United States 60 years ago.

Mr Morrison hailed the agreement as a “pivotal moment in the history of Japan-Australia ties”.

“The significance of the RAA cannot be understated,” he said.

“It will form a key plank of Australia’s and Japan’s response to an increasingly challenging security environment in our region amid more uncertain strategic circumstances.”

Defence officials believe the agreement will help facilitate co-operation between the two countries, including in the increasingly contested waters of the South China Sea and the East China Sea.

It is also a sign that Japan is increasingly willing to build defence relationships with countries beyond the United States and take a more assertive role in the region.

Japan and Australia have already lifted the tempo of defence co-operation in recent years.

Earlier this month, the two nations joined the United States and India for the Malabar naval exercises.

But negotiations on the RAA have been torturous and regularly became bogged down.

The federal government wanted to ensure that any visiting Australian Defence Force members who committed serious crimes in Japan would not potentially face the death penalty.

But Japanese officials would not give that commitment.

The two sides have now agreed to a mechanism to resolve the issue on a case-by-case basis.

However, it is not clear what that mechanism is or how it will work.

It is also not clear if the resolution could still expose ADF members to the death penalty in some circumstances.

Australia and Japan agree ‘in principle’ to historic defence pact