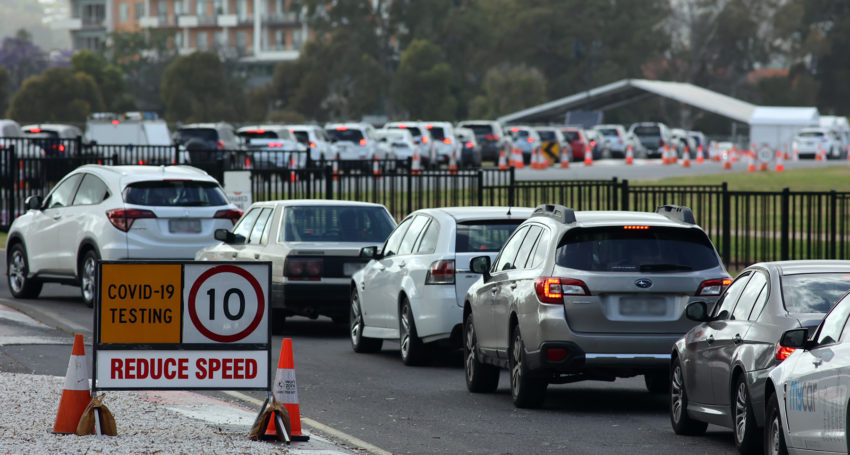 Adelaide residents are on high alert after a COVID-19 cluster has brought a return to lockdown restrictions for at least the next two weeks.

On Monday afternoon, South Australian Premier Steven Marshall announced that from 11.59pm measures will return to contain the virus, saying it was important to act “hard and early” before the situation deteriorated any further.

Businesses, including gyms, trampoline and play centres will close, and indoor and outdoor community sports programs will stop.

“We are facing our biggest test to date but we can and must rise to this new challenge,” he said.

He advised people to work from home, and for vulnerable people to remain at home, avoiding visitors. He also advised against
unnecessary travel and for people to wear masks where they could not physically distance, such as on public transport.

Gatherings at pubs, clubs and restaurants will be capped at 100 patrons with no stand-up consumption, funerals capped at 50 and church gatherings capped at 100. Social distancing will also be required at venues, including movie theatres and entertainment venues.

Thousands of people who had been in one of several hotspot locations spent up to five hours queuing at testing stations throughout Monday while major retailers began reassessing food stockpiles and deliveries amid fears of panic buying.

As states began a swift response by slapping South Australian travellers with 14-day quarantine periods, Adelaide airport was thrown into chaos with passengers being told they could abandon their flights.

Seven News reported up to 12 people decided to grab their bags off the plane and stay in Adelaide to avoid the 14 days of self-isolation.

Secretary of the Union for Workers in Retail, Fast Food & Warehousing Josh Peak said they had already began hearing reports of panic buying in supermarkets.

“This is a stressful time for everyone. Retail workers are doing their absolute best to keep stock on the shelves.

“Stay calm, and treat frontline workers with respect,” he wrote on Twitter.

Mr Marshall said testing for COVID-19 was being “supercharged” and South Australia “will throw absolutely everything at this to get on top of the cluster”.

All inbound international flights into Adelaide have been suspended until the end of the week and ADF assistance has been requested.

The Adelaide cluster, believed to have started with a worker at a quarantine hotel, has spread to 17 people, up from four on Sunday.

Mr Marshall said all 17, including three children, were stable and the number had not increased throughout Monday.

The worker became infected and spread the virus to other family members. Health authorities say 15 of the cases detected so far are thought to be from one extended family.

Chief public health officer Professor Nicola Spurrier said pathology testing was done on Sunday and overnight, particular among those connected with the family in which the first three cases originated.

She said it was “very clear” the cluster was linked with a medi-hotel, where one of the infected people worked.

“We haven’t got the genomics yet, but I’m absolutely certain it has come from a medi-hotel,” she said.

Other places of concern include:

On Sunday SA Health confirmed a woman, 80, tested positive after being treated at the Lyell McEwin Hospital in the city’s north.

She had visited the Parafield supermarket on Thursday.

The cluster brought swift responses from other states, prompting Western Australia, Queensland, Tasmania and the Northern Territory to impose quarantine for people arriving from SA, while Victoria has introduced extra screening.

NT’s Chief Minister Michael Gunner said anyone arriving on Monday would be given the option to return to SA.

“The security committee has just met to review the alarming developments in South Australia overnight,” he said.

“All of the information that we are getting right now concerns us and there is still so much we don’t know about this outbreak.

“That is the critical point here. It is what we don’t know that worries us the most.”

Queensland declared Adelaide a hotspot, imposing hotel quarantine on all people arriving from the southern city as it races to track 7000 arrivals from SA in the past week.

“This cluster outbreak is of concern, it’s not like the cluster outbreaks we’ve had in Queensland, but we do really hope that Adelaide does get on top of that very, very quickly,” she said.

NSW is going it alone, with Premier Gladys Berejiklian saying it will monitor the interstate situation closely. She insisted her state’s border would remain open to all, saying everyone needed to learn to live with COVID and the inevitable outbreaks.

“You can’t shut down borders and disrupt lives every time there is an outbreak and disrupt businesses.

“We need to have confidence, not just in our own system, but the system in other states to be able to get on top of the virus,” she said.