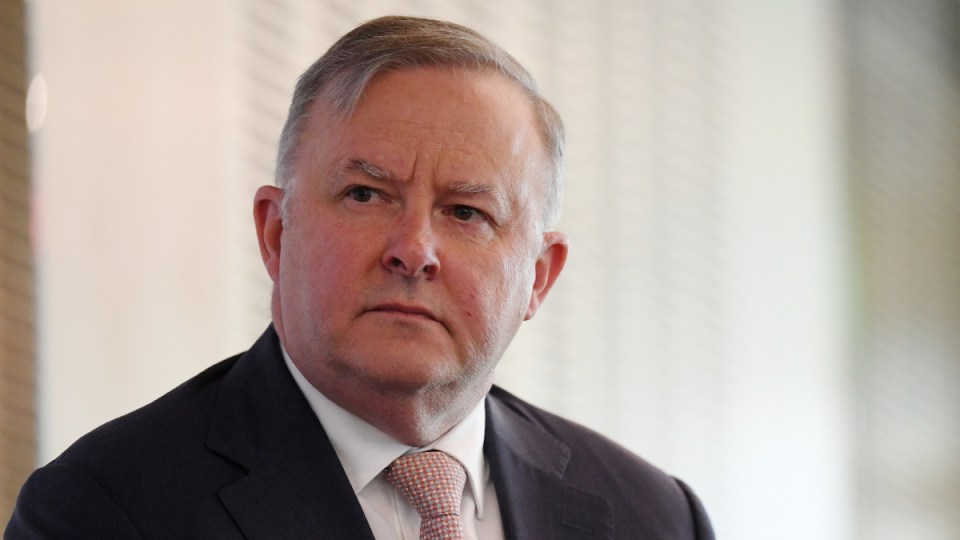 Anthony Albanese says all Labor MPs are banned from relationships with their own staff Photo: AAP

The Labor Party says it forbids relationships between MPs and staff, while the Greens have strengthened their rules on inter-office romances, in the wake of yet another parliamentary sex scandal.

But even as Anthony Albanese claimed such relationships had been banned since 2018, it has been a few days of head scratching for some inside the party, with many staffers saying they did not know this rule was in force.

Senior Coalition ministers Christian Porter and Alan Tudge were under the spotlight in an explosive Four Corners report on Monday, but the ensuing fallout drew in all those inside Parliament House, with wider questions being asked about an alleged “toxic culture” at the highest levels of politics.

Questions about relationships between politicians and staff, and more broadly on how women are treated in Parliament, have consumed politics all week.

Prime Minister Scott Morrison said the incidents detailed in the ABC report occurred under, and were dealt with by, Malcolm Turnbull when he led the country.

Mr Morrison won’t be opening an investigation into the behaviour of his ministers, but said the issues raised were “important”, and backed the 2018 ‘bonk ban’ instituted by his predecessor.

Scrutiny then turned to other parties, with questions raised about how the rest of Parliament dealt with the same issues.

On Wednesday and Thursday, confusion abounded over the Labor Party’s policy on office relationships, as media reports claimed the ALP had instituted a new policy banning relationships between MPs and staff.

But when contacted by The New Daily on Wednesday, Mr Albanese’s office said the rule wasn’t new.

Albanese staffers said the media reports were incorrect, and that such dalliances had been banned since 2018.

TND was told the ALP had the same framework as Mr Turnbull, banning relationships between shadow ministers and employees in their office.

But The New Daily spoke to multiple Labor staff and MPs who said that, while they were observing this custom, they didn’t know their party had a concrete ‘bonk ban’.

Some said they understood the 2018 commitment to be to support the government’s rule about ministerial relationships and retain it if Labor won government, but did not believe it actually applied to shadow ministers.

Others said they thought it applied to shadow ministers only, and not backbenchers.

Then on Thursday, further media reports claimed a new policy was in force, forbidding sex between any staffer and any MP, not just those in shadow ministry positions.

Mr Albanese called a shadow cabinet meeting on Thursday to reiterate the rules to his members, and later in the day, released a statement claiming all MPs had been banned from sex with staff since 2018.

“To make things abundantly clear relationships between members, senators and their own staff are not appropriate,” the Opposition Leader said.

“This week all Labor staff were reminded of this ongoing commitment and the support available to them … I made it clear last night that Labor supports the principle of the Ministerial Code of Conduct introduced by Malcolm Turnbull relating to ministers and their staff, consistent with our statement in March 2018.”

But even after that statement, some Labor staffers and MPs said they weren’t aware of the claim that all intra-office sex was banned in 2018, and didn’t believe that had been explicitly banned at the time.

One MP, Brendan O’Connor, said on Thursday morning that Labor’s policy was developed as “a counterpart policy to that of ministers in the government, so for shadow ministers”.

Nonetheless, Mr Albanese’s stance now is that relationships between politicians and their staff in their office is “not appropriate.”

However, similar to the government’s policy for ministers, this would not preclude MPs having relationships with staff outside their office.

“The rules go further than other parties, in that they apply to all MPs (not just ministers or shadow ministers) and apply to staff of other Greens MPs (not just the MP’s own staff),” party leader Adam Bandt said on Thursday.

“These rules conform to community expectations and what is in place in workplaces around the country.”

He said that breaches of this rule could lead to a Greens politician being stripped of any leadership role, portfolio responsibility or committee role.

“We need to lift standards across the board so that everyone working in Parliament feels safe,” Mr Bandt said.

The Greens also introduced a motion into the Senate calling for such a rule to be applied to all federal members, enforced by the two chambers of Parliament.

Under the Greens proposal, the chambers would be able to set their own rules on how to enforce and punish any such breaches, but Mr Bandt said penalties could include formal censure.