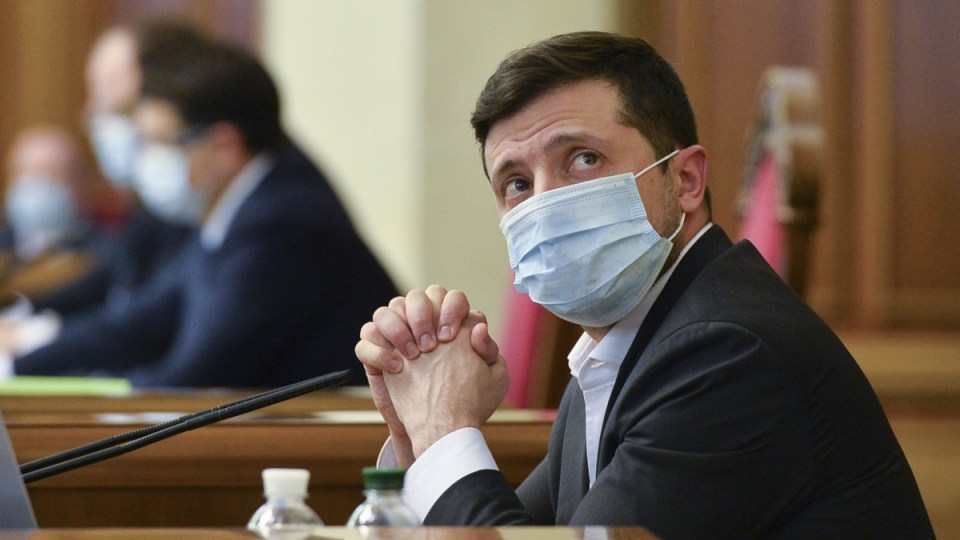 Ukraine President Volodymyr Zelenskiy, pictured in March, has been taken to hospital with coronavirus. Photo: AP

Ukrainian President Volodymyr Zelenskiy is being treated in hospital after he contracted coronavirus earlier this week, a presidential official says.

“He first went home but decided to move to Feofania (hospital). To accurately isolate and not expose anyone,” a presidential spokeswoman told Reuters on Thursday.

“There are better conditions for patients. Nothing serious,” she said, referring to the president’s health.

Mr Zelenskiy said on Monday he tested positive for coronavirus.

Three other top officials, including the finance minister, the defence minister and Mr Zelenskiy’s top aide were also reported to be infected.

Ukraine’s daily tally of new coronavirus infections began spiking in late September and has remained consistently high in October and November, spurring the government to extend some restrictions until the end of the year.

On Wednesday, Mr Zelenskiy’s cabinet voted to impose a national lockdown at weekends to strengthen steps to curb the rapid spread of the virus.

Prime Minister Denys Shmygal said the weekend lockdown would be in force from November 14 to 30.

The decision means closing or restricting the activity of most businesses at weekends, with the exception of grocery stores, pharmacies, hospitals and transport.

The cabinet also stepped up restrictions on operations of restaurants, cinemas, gyms, and public events.

“If nothing is done, then on December 10 to 15 the medical system will no longer be able to receive people, there will be no places in hospitals even in the corridors,” Mr Shmygal said.

Ukraine registered a total of 500,865 coronavirus cases as of Thursday, with 9145 deaths.