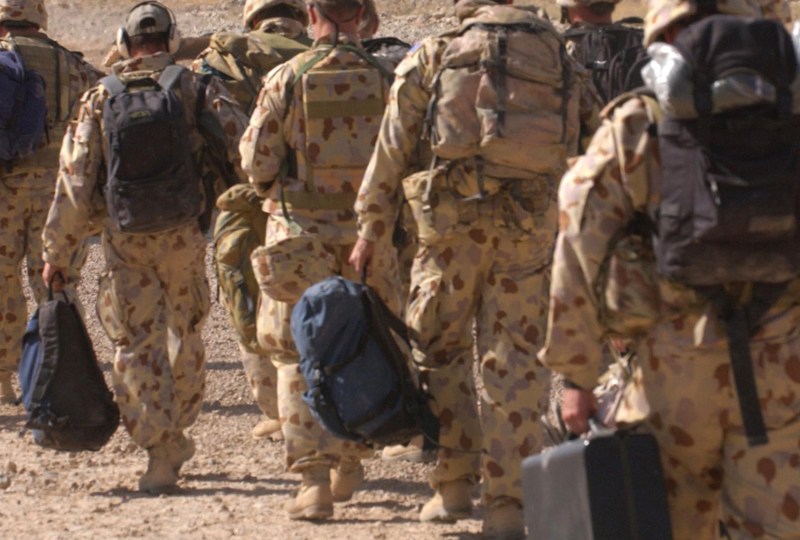 The IGADF report into Australian Defence Force conduct in Afghanistan will be released next week Photo: AAP

Australians will have to face “brutal truths” about the conduct of some of our soldiers, Scott Morrison has warned, revealed in a long-awaited report into possible war crimes in Afghanistan.

A years-long investigation by the Inspector General of the Australian Defence Force will be made public next week, with some members of the armed services potentially facing federal prosecution for alleged conduct on the battlefield.

“There is some disturbing conduct here,” the Prime Minister said on Thursday.

The IGADF began probing the conduct of Australian Defence Force members from 2005 to 2016 after media reports and allegations of breaches of laws of armed conflict and misconduct by soldiers. The final report was delivered to Defence Force Chief Angus Campbell last week, and after being considered by federal officials, Mr Morrison said it would be released – in redacted form – next week.

The government will establish a special investigation unit to examine the report’s findings and claims, with those involved potentially facing prosecution by federal and state police. Mr Morrison said the legal process would be carried out in Australia and under local laws, not in international courts.

“But responsibility must also be taken by leadership to ensure the lessons are learned and these events are never repeated.”

A separate oversight panel will be established to investigate the ADF’s response to the claims.

“This will be difficult and hard news for Australians, I can assure you,” the PM said.

He said the ADF and Australia widely would have to face “brutal truths”.

Prosecution, stripping of medals a possibility

The office of the special investigator will look at criminal matters raised in the report, gather evidence and potentially refer briefs to the Commonwealth Director of Public Prosecutions.

The oversight panel will be led by former intelligence watchdog Vivienne Thom and include University of Tasmania vice-chancellor Rufus Black.

It will advise the government on cultural, organisational and leadership issues in Defence linked to the allegations.

She said “nothing is out of bounds” in the investigation.

Mr Morrison said state and federal police would be included in the investigation process, which would be carried out under the Department of Home Affairs.

He also said anyone found guilty of offences could have their war medals stripped.

Despite the protracted IGADF probe, Mr Morrison warned the process could drag on further, pending the new special investigator framework. He said it could be a “long and arduous” journey, and that it would “take as long as it takes to progress through what will be very complicated legal issues”.

Mr Morrison was at pains to stress that any findings of possible criminality would not be an aspersion on all ADF members. He praised those who served, and said this process may be “a very difficult time” for veterans.

Senator Reynolds added that the government was boosting assistance in legal, mental, medical, pastoral care and other areas for anyone affected by the process.

The PM has committed to making the IGADF report public. However, he would not say how redacted, or otherwise, it might end up.

Greens spokesperson on peace and disarmament, Senator Jordon Steele-John, called for the report to be made public “in full and not redacted”.

“It is alleged on the public record that innocent people have lost their lives at the hands of Australian soldiers; the individuals responsible must lose more than just their medals and the Australian people must know to what extent those allegations are true,” he said.

The PM also announced he would visit Japan’s new prime minister in Tokyo next week. Mr Morrison said he would be the first foreign leader to meet Yoshihide Suga face-to-face, which he called “significant” for Australia.

On the way back, he will visit Papua New Guinea for meetings with Prime Minister James Marape.

Mr Morrison and his delegation will go into quarantine for 14 days when they return to Australia.

He plans to join Question Time in federal parliament via video link from The Lodge.

“It will be a first and I can only look forward to that, as I am sure all of you will also,” Mr Morrison said.