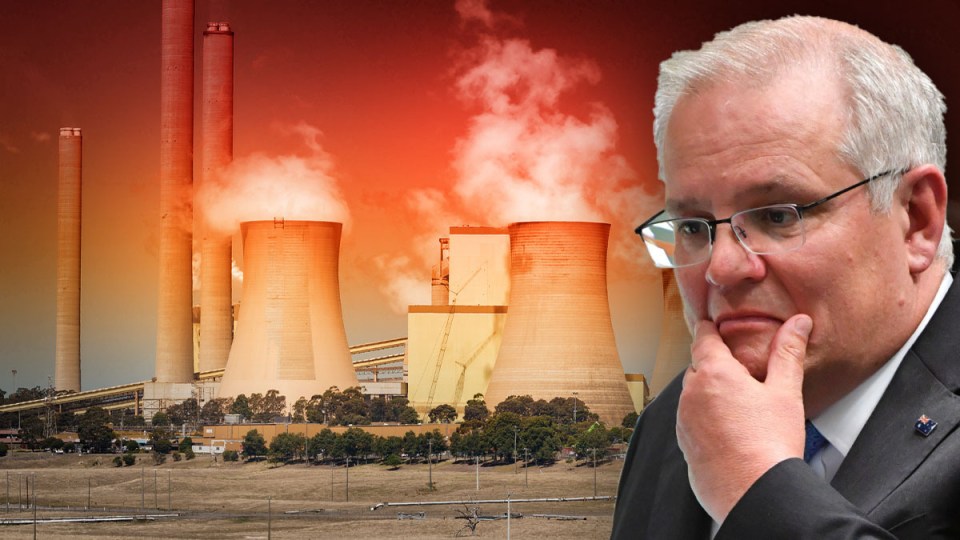 Australia's lack of climate action is under the microscope again as 2020 is listed among top three hottest years on record. Photo: TND

Zali Steggall has challenged moderate Liberal MPs to cross the floor and vote for her environmental bill, saying they must “walk the walk” on climate change action.

The independent Member for Warringah on Monday introduced a climate change bill that called for a legislated net-zero target, a clear path towards cheaper and cleaner energy, and an audit of Australia’s vulnerability to climate risks.

It came after the election of Joe Biden as President of the United States reinvigorated the climate debate in Canberra, with Labor and environmental progressives saying Australia should follow Mr Biden’s lead in signing up to a target of net-zero emissions by 2050.

But Mr Biden’s win also exposed a festering ruction within the Labor Party, as its various left and right factions bickered over the importance of climate policy to the US election and what lessons – if any – the ALP could take from it.

Developed as a “consensus” position she hoped all parties could unite behind, Ms Steggall’s Climate Change Bill has been backed by more than 100 business and non-governmental groups, including the Australian Medical Association, Unilever, Atlassian and the Council of Small Business Organisations Australia.

That coalition of groups wrote an open letter to federal Parliament, published in major newspapers on Monday, calling for it to be supported.

Ms Steggall says her bill would:

The bill will have to be approved by the government to come up for debate in the House of Representatives, but Ms Steggall told The New Daily she hoped to take the bill into a ‘committee stage’.

This procedural move would mean the bill could be examined and debated in public hearings, so members of the public and other interest groups could make submissions on it.

“It’s important to create that opportunity for people’s voices to be heard,” Ms Steggall told TND.

“We haven’t had a proper public debate on climate policy. We’ve had the partisan argy-bargy, but a proper debate is overdue. I think all sectors should get to put their concerns and opinions.”

Very pleased to catch up with @zalisteggall today. The AMA recognises that climate change is a global health emergency and supports action to reduce its impact on Australians and the world. pic.twitter.com/pE20WXHCit

Prime Minister Scott Morrison has resisted locking Australia into a net-zero 2050 target, even though major allies like the European Union, United Kingdom, Japan, South Korea – and now the US – have done so.

The PM is more interested in a 2030 target. But the opposite is true for Labor’s Anthony Albanese, who backs net-zero 2050 but is refraining from committing Labor to a 2030 target.

Ms Steggall said she believed even mining and resources groups wanted stricter environmental controls and desired the opportunity to speak about their plans and issues.

“Business groups are united in calling for a plan and legislating so we have a transition plan in place,” she said.

“There isn’t one sector in Australia that doesn’t want a better plan, and doesn’t want to take the partisan politics out of this.

“The worst thing would be a policy enacted by one government, that is repealed by the next one. It’s important to have everyone around the table.”

The transition to Net Zero is happening. The choice for every leader is simple: do you want your country on top of the wave, in the game for the important markets and decisions for the future, or behind the play, handbrake firmly on? #climateactnow #ClimateAction #auspol https://t.co/NuvDyLUprM

Ms Steggall said she had formulated her bill in the hopes of attracting support from all sides of politics and wanted to see Coalition MPs backing her.

“Some moderate Liberals, they talk the talk but now it’s time to walk the walk,” she said.

Ms Steggall introduced her bill with the support of a diverse parliamentary crossbench on Monday.

Proud to stand alongside my crossbench colleagues today to support the Climate Change Bill. This is about conserving all that we love about the regions – our farming, our alpine villages, our tourism industry. As a proud regional Australian, I am proud to second this bill today. pic.twitter.com/1uqiK3x78V

Greens leader Adam Bandt said his party would back the plan.

But it’s unclear if Labor or the Coalition will follow suit.

Meanwhile, Labor has its own climate problems to iron out, with shadow energy minister Mark Butler again butting heads with right faction leader Joel Fitzgibbon in the wake of the US election.

Mr Albanese says Mr Biden’s win leaves Australia isolated in terms of not having a net-zero target and will ramp up pressure for Mr Morrison to take stronger action.

But Mr Fitzgibbon said it was “delusional” to chalk up the US election to climate policy.

Mr Butler, meanwhile, said there should be “vigorous debates” over climate within Labor, but said it was important there be “unity” in the party.

“I speak on climate change on behalf of the party and I’m very comfortable with the idea of a vigorous debate,” Mr Butler said.