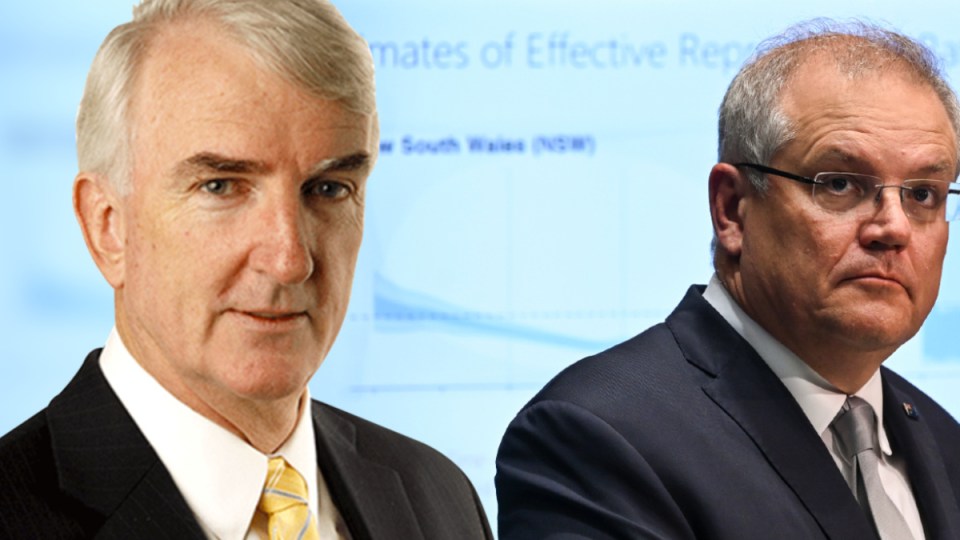 Thus will finish a tougher year than most for secondary students, one when the gap between privileged and disadvantaged students was greater than usual through the disruption and constraints of COVID-19.

Necessity was the mother of a great deal of invention across the education sector, spawning some quite wonderful dedication and adaption depending on the varying resources and commitment of schools and teachers.

The tragedy is that there hasn’t been much more invention beyond the schools for them.

The graduating class look set to discover Scott Morrison’s announcement of skills and training being a centrepiece of Australia’s recovery plan was, yes, another announceable.

Aside from tinkering with various university course fees – a successful red herring to distract from the reduction in university funds for teaching – nothing meaningful is flowing for next year from the announcement.

Oh, there is a brand spanking new National Skills Commission.

Its website and logo are straight from the Utopia school of announceables:

The logo and website are straight out of an episode of Utopia.

“As we deal with COVID-19 and the impact on the economy, we need to understand what’s happening in the labour market, the structural shifts that will occur and the skilling and re-training needed to get people back into work.

But in the way of so many government announceables, the “boots on the ground” are yet to leave an imprint.

That’s not surprising, given the government’s overall attitude to education – a distaste for liberal education, a hatred of education unions, a fondness of private providers never mind the numerous rorts that have resulted, and a desire for skills education to be a servant of unrealistic industry demands for “job ready” cheap labour.

Over the long term, providing excellent education at all levels is about all good government can really achieve for its people.

Pretty much everything else ends up flowing from that – strong, sustainable institutions, an agile, adaptive, empowered population, a better, richer  society.

The textbook example of the difference education provides is the different paths taken by Argentina and Australia from when they were both about the richest nations on Earth at the start of the 20th century.

Australia kept up with good practice in education, Argentina was content to rely on uneducated workers for its commodities industries.

There is more competition globally now for best practice, but our investment in this, the most important sort of infrastructure, has not been keeping pace.

If we were serious about education and skills, serious about our future, the money would already be flowing into TAFE which would be free and the debts piled on students by dodgy private outfits would be forgiven – a fair cost of the government’s complicity in the crime.

As for universities, hit as they are with fewer foreign students, the institutions and the Class of 2020 would be well served by using the better of an individual’s Year 11 or Year 12 mark and substantially discounting the often-ridiculous required entrance scores.

It would work well as an employment creator at our punished universities and provide more would-be university students with a fair opportunity beyond the pandemic year.

In a year when unemployment will still be rising, it would help keep some more youth off the street with the chance of developing further skills.

Perhaps more importantly, it makes sense to work out which students are more suited to university courses at university than at high school.

The present system is like picking your Olympic cycling team on the basis of who are the fastest over a 100-metre foot race. Not quite the same games.

If you’re with me this far, let me reminisce about what used to be the nature of matriculation back when I was a boy.

In the final Queensland Senior public examination (it was replaced by school assessment), if a student managed a score of 22 points over five subjects, that student could enrol in any faculty. It wasn’t too hard to get 22 points. Three 4s and two fives would do it – three Cs and two Bs.

Beyond that, the job of sorting university wheat from chaff was left to universities – a more suitable environment for the task.

The first mob to further tighten was the University of Queensland’s medicine faculty. It became possible to pass first-year med, but not be allowed to proceed in that degree course. (First year was science anyway, so it transferred easily.)

Subsequently, the rot set in around the nation.

The worst example of it now is the rather crooked nature of the nation’s hardest-to-enter law schools, where competing universities set absurd Year 12 entrance scores for subsidised places to (a) maintain their image as the being the hardest to get into, which (b) creates demand for those who can afford it to pay full fees to get in without the marks.

It is yet another racket in the education system, one that the government’s treatment of tertiary education effectively promotes.

If we were serious about education at all levels and the nation’s long-term future, we wouldn’t be pussy-footing around at all those levels from pre-school to post-graduate.

If we were serious about getting Australia working out of this recession, the government would be quickly stumping up the money for this investment.

Michael Pascoe: If only we were serious about education and training …