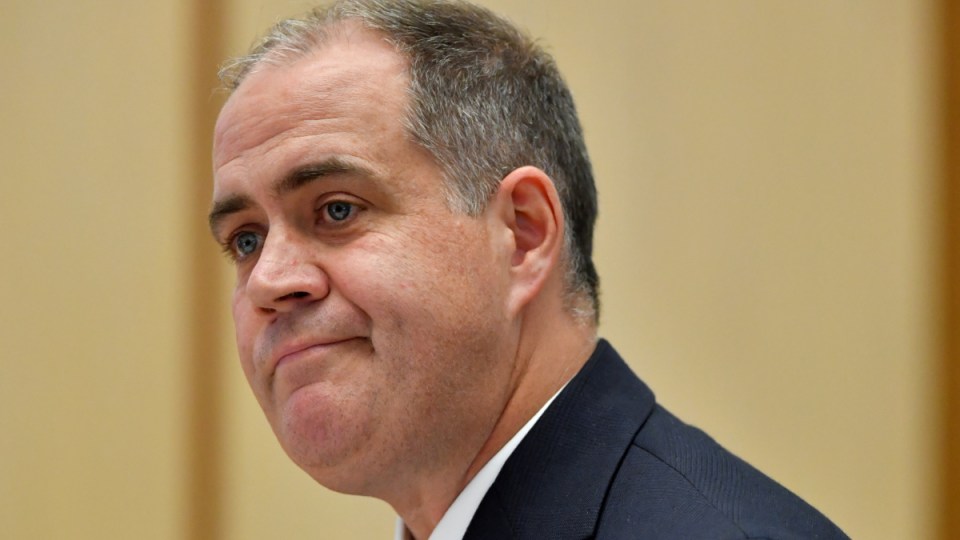 The ABC’s managing director has been subjected to an “extraordinary” grilling by Coalition senators before the airing of an explosive TV report into alleged misconduct in Parliament, with one claiming it was a “sting” against the government.

David Anderson faced a barrage of questioning from senators on Monday, revealing he had been contacted by staff of senior government ministers with concerns over the impartiality of the imminent Four Corners report, and whether it was in the public interest.

The ABC program will air a report on Monday night, promising an “explosive expose” of allegations against politicians. The New Daily understands the subjects of the episode include potentially two senior ministers in the Coalition government.

Mr Anderson said the story went to “a potential abuse of power”.

In a twist of timing, Mr Anderson was already scheduled to appear before a Senate estimates hearing on Monday, just hours before Four Corners was to air.

Under questioning from Coalition senators, who had not seen the yet-to-be-aired report, he faced criticism the program would lack impartiality.

“This works better when you’ve seen the program,” Mr Anderson said in response to one question, from independent senator Rex Patrick.

“Normally I get these questions after the program. To critique a program ahead of its publication is unusual.”

Extraordinary and unprecedented in my experience #4Corners https://t.co/WOXnMdlcUz

Mr Anderson declined to detail the substance of the report, but said people involved in politics had spoken to the ABC about “a culture that was considered to be a toxic culture”.

“That was otherwise characterised as a women problem. And allegations that are serious allegations,” he said.

The program has been the subject of weeks of gossip in political circles.

Ms Neighbour claimed “political pressure” that was “extreme and unrelenting” had been applied to ABC leadership over the report.

Meanwhile, Walkley Award-winning reporter Louise Milligan tweeted “multiple representatives of the Commonwealth government” had “tried to go over our heads to stop you from seeing” the report.

Mr Anderson said ministerial staff had questioned if the story was in the public interest, in emails copying in himself and other high-level managers.

But he didn’t believe there was a direct threat in communications with government offices.

“It goes to conduct of ministers, ministers of the Crown, to be held to the highest standard in society. That’s the nature of the story,” Mr Anderson said.

“It is absolutely in the public interest.”

He said ABC journalists had spoken to more than 200 people in the course of preparing the report, and had given the subjects of the report several weeks to respond.

“It just doesn’t sound like it’s a story about the culture of the building at all,” she said.

“It sounds like it is a sting about the targets in one party, namely the Liberal Party.”

But Mr Anderson rejected suggestions the Coalition was targeted.

“It is not a sting. It is where the evidence took us with regard to current government ministers serving back when the ministerial code of conduct was instituted,” he said.

He said all claims in the story had been sourced and put through stringent editorial and legal checks at the highest levels of the organisation.

Mr Anderson also said ABC chair Ita Buttrose had told him a “ministerial staffer” had alerted a board member to the fact the story was being produced.

“We would just expect that the ABC always … would act in an independent and an unbiased, unpartisan way,” he said.

“If they’re going to make inquiries, I would think they’d want to do them across the political spectrum.”

Toward the end of the hearing, Ms Milligan tweeted in response to Senator Henderson’s questions directly.

She reiterated Mr Anderson’s earlier evidence that ABC reporters had spoken to more than 200 people in preparation for the story, including Liberal politicians and party members.

Ms Milligan also, perhaps tongue in cheek, thanked the Senator “for promoting Four Corners“, using the ‘folded hands’ emoji, which is often used as a symbol to denote “thanks”.