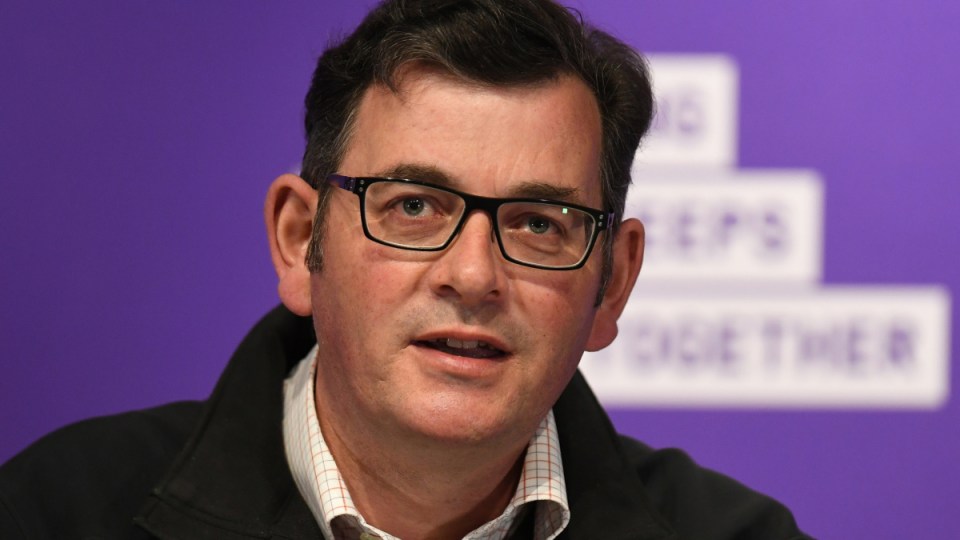 It comes as Victoria records nine days in a row of zero new cases and zero deaths, with Premier Daniel Andrews praising the “amazing” job that citizens in his state had done.

Statement From The Premier – https://t.co/DMb6mksw6M #springst

The ‘ring of steel’ separating metropolitan Melbourne and regional Victoria will be abolished, as will the city’s 25 kilometre travel limit, from 11.59pm on Sunday night. Mr Andrews said it meant the state would be “once again united”.

That will mean rules applying to regional Victoria will now apply to Melbourne.

Melburnians will be restricted to two visitors to their homes – but new rules mean that “those two people don’t need to be from the same household, and they’ll be able to come at different times.”

Other changes for Victoria will include:

Mr Andrews also flagged significant further changes on the way from November 22, a fortnight from now.

From that date, health advice pending, private home gatherings of 10 people will be allowed, hospitality venues will be able to welcome 100 people indoors and 200 outside, and there will be capacity increases for indoor venues like cinemas and gyms.

Statement from the Premier on aligning restrictions in metro Melbourne and regional Victoria:https://t.co/3p0l7oupXI pic.twitter.com/NzDhu0jnDS

The Premier said he was “very confident” those rules would be able to be changed from that date.

He said he hoped Victoria could have a “COVID-normal Christmas” but again stressed people needed to keep safe and get tested.

“Nine days of zero is not the same as a vaccine. Each of us have played a part in building this precious thing and each of us have to play a part in protecting it,” Mr Andrews said.

“That is deeply impressive but there is a fragility to this thing. It is not gone.”

However, the Premier said he was not planning any imminent changes to Victoria’s rules about mandatory face masks in public. Despite only four active COVID cases in the state, Mr Andrews said Victorians would be required to keep up that requrement.

He wouldn’t put a firm date or threshold on when that might change, but flagged it may shift in coming weeks.

“I don’t think it is too much to ask,” he said in response to a reporter’s question at a Sunday press conference.

“This won’t be here forever, but I’m not making any announcements to changes to masks today. Might I be able to make some in two or three weeks’ time? Maybe. And if we can, we will.”