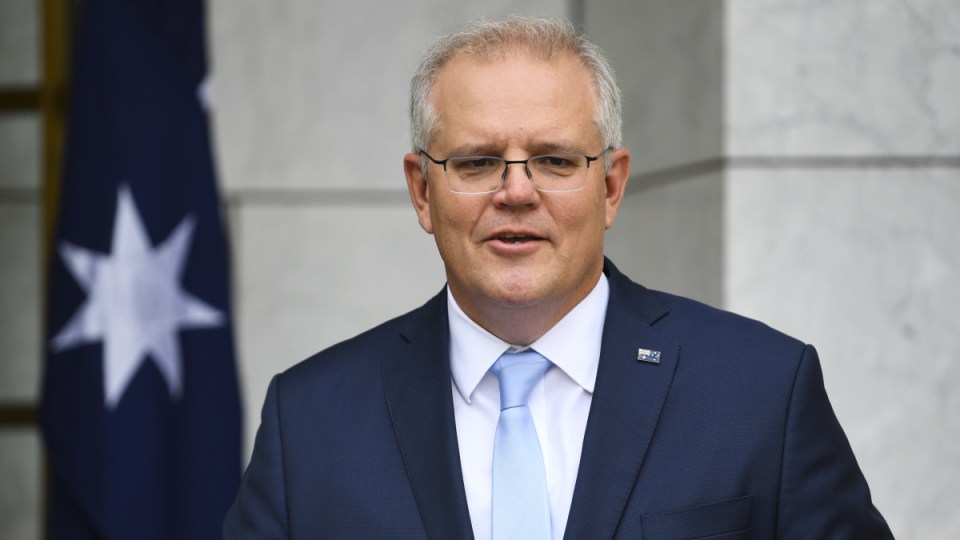 Australian political leaders have rushed to congratulate Joe Biden on his presidential election win, with Scott Morrison saying he looked forward to working with the President-elect on COVID, economic recovery, and climate change.

Mr Biden has claimed victory in the American presidential contest, with projections from multiple media networks including CNN, Fox and AP that the Democrat will win the Electoral College count.

President Donald Trump has refused to concede, saying “this election is far from over” and flagging further court challenges on dubious and baseless claims of vote-rigging. In a tweet early on Sunday morning (AEDT), Mr Trump again falsely claimed “I WON THIS ELECTION, BY A LOT!”

But congratulatory messages from world leaders have nonetheless been flowing in for Mr Biden. Australian Prime Minister Scott Morrison logged on just before 8am (AEDT), wishing Mr Biden and his vice president Kamala Harris “every success in office”.

Congratulations to @joebiden and @kamalaharris – Australia wishes you every success in office. The Australia-US Alliance is deep and enduring, and built on shared values. I look forward to working with you closely as we face the world’s many challenges together.

Mr Morrison has kept out of the last few controversial days in the U.S. vote count, refusing to comment on Mr Trump’s increasingly inflammatory rhetoric.

The Australian PM is seen as one of few world leaders to have enjoyed a decent working relationship with Mr Trump, with the President calling Mr Morrison “the man of titanium” and holding a special state dinner in his honour at the White House.

Mr Morrison expanded on his tweet in a formal statement shortly after, calling Mr Biden “a great friend of Australia over many years”.

He said “American leadership is indispensable” to meeting these challenges facing the world such as the COVID pandemic, “a free and open Indo-Pacific region, and peace and stability”.

“We also look forward to working with President-elect Biden and his Administration to continue to fight the COVID-19 global pandemic and recession, to develop a vaccine, drive a global economic recovery, and develop new technologies to reduce global emissions as we practically confront the challenge of climate change,” Mr Morrison said.

He added that Australia welcomed Mr Biden’s “commitment to multilateral institutions and strengthening democracies” – perhaps a pointed note, considering Mr Trump’s inherent opposition to international compacts like the Paris climate agreement, the United Nations, the World Health Organisation and others.

At a press conference in Sydney, Mr Morrison said he would invite the new President to Australia for the 70th anniversary of the ANZUS (Australia, New Zealand, United States) military treaty next year.

Labor leader Anthony Albanese put “the challenge of climate change” at the centre of his congratulatory message to the President-elect.

Mr Biden had campaigned strongly on the issue of climate, promising to reinstall the USA into the Paris agreement on his first day in office, and committing the country to a net-zero emisisons target.

Congratulations to @JoeBiden on being elected 46th President of the US & to @SenKamalaHarris, the first woman to hold the office of Vice President.

Australia looks forward to working with the Biden Administration, building on our strong and valued alliance. 🇦🇺🇺🇸 https://t.co/YOAXEkVzDN

But a less diplomatic message came from a former PM. Malcolm Turnbull, the target of Mr Trump’s ire in an infamous phone call over refugee policy in 2016, called the Democratic win “a relief”.

“It’s a relief to have a return to normal transmission, to have an administration that is going to be consistent,” Mr Turnbull said on the ABC’s Insiders on Sunday.

Congratulations Joe Biden and Kamala Harris! What a relief that you won. 🙏🙏🙏

Another former PM, Kevin Rudd, called on Mr Trump to “put on his big boy pants” and “act like a grown-up in this period of transition.”

Australian ambassador the United States, Arthur Sinodinos, said he was confident of “a good working relationship” with the Biden administration.

“Many of the senior players were around in the Obama years and so many of us here and also back in Australia have good relationships with them,” Mr Sinodinos said on Insiders.