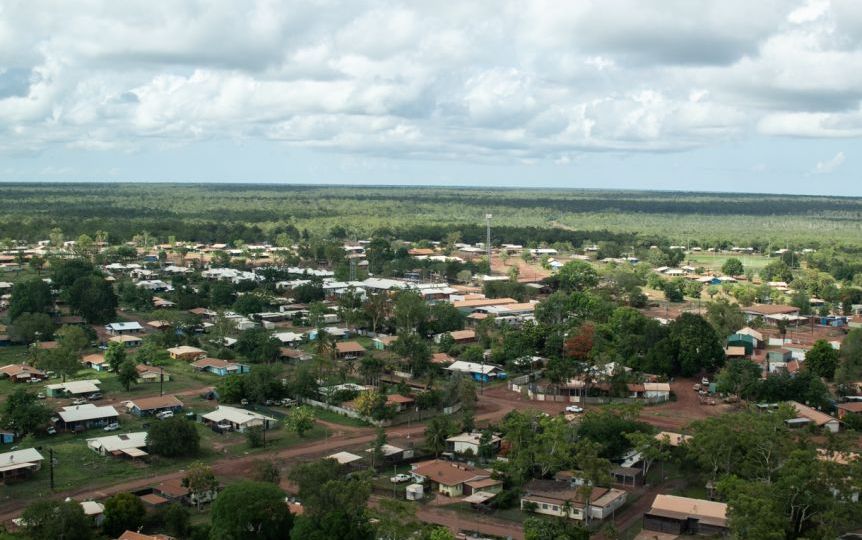 The remote community of Wadeye is home to about 2000 people. Photo: ABC News/ Henry Zwartz

A month of violent clashes in a remote Northern Territory Indigenous community has left residents fearing for their safety.

Rival groups in Wadeye, 420 kilometres south-west of Darwin, have faced off in a series of “nightly skirmishes” during October, police say.

Roads have been blocked and a home and cars burned as the armed men rioted on the streets of the 2500-person town.

“The community has been under significant duress,” Superintendent Tanya Woodcock said on Thursday.

"There are cars being burned, property being damaged."

NT police are working with the opposing groups and community leaders in a bid to quell the violence.

“Through continued engagement with residents, we can look forward to restoring calm to the community,” Superintendent Woodcock said.

Extra officers may also be sent to the town if the violence continues.

All the men remain in custody.

“These people will now be held accountable,” Superintendent Woodcock said.

A fire on the weekend remains under investigation.