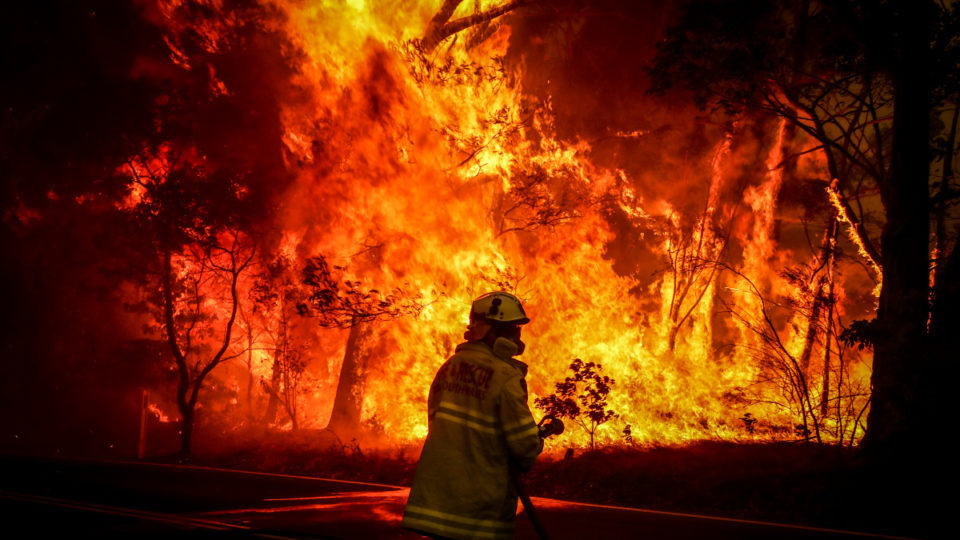 The RFS has stood down one of its young volunteers after police gathered evidence suggesting the teen was behind a number of fires. Photo: Getty

A young firefighter has been accused of lighting the blazes he later helped his volunteer team extinguish.

The New South Wales teenager, a Rural Fire Service volunteer, has been stood down after being charged in connection with nine deliberately lit fires on the state’s far north coast.

NSW Police will allege in court the man lit several blazes in the Tweed Heads area before returning to respond to the fire as part of his duties as a volunteer.

Detectives had been investigating more than a dozen suspicious grass fires in the Burringbar and Mooball areas since October 7.

On Wednesday, investigators began probing the circumstances of a suspicious grass fire near a property at Stokers Siding, southeast of Murwillumbah.

Police later stopped a vehicle in Burringbar and arrested an 18-year-old man.

He was charged with nine counts of intentionally causing a fire and one count of possessing an unauthorised pistol.

He was refused bail to appear at Tweed Heads Local Court on Thursday.

Meanwhile, also in the state’s north, a 25-year-old man was charged following investigations into a fire that destroyed a home last year.

Emergency crews had been called to a house in Myocum on 17 September 2019.

Three men had managed to escape the blaze uninjured but their family dog could not be saved.

On Wednesday, officers attended a home in Mullumbimby where they arrested a 25-year-old man.

He was taken to Byron Bay Police Station where he was charged with damage property by fire with intent to injure.