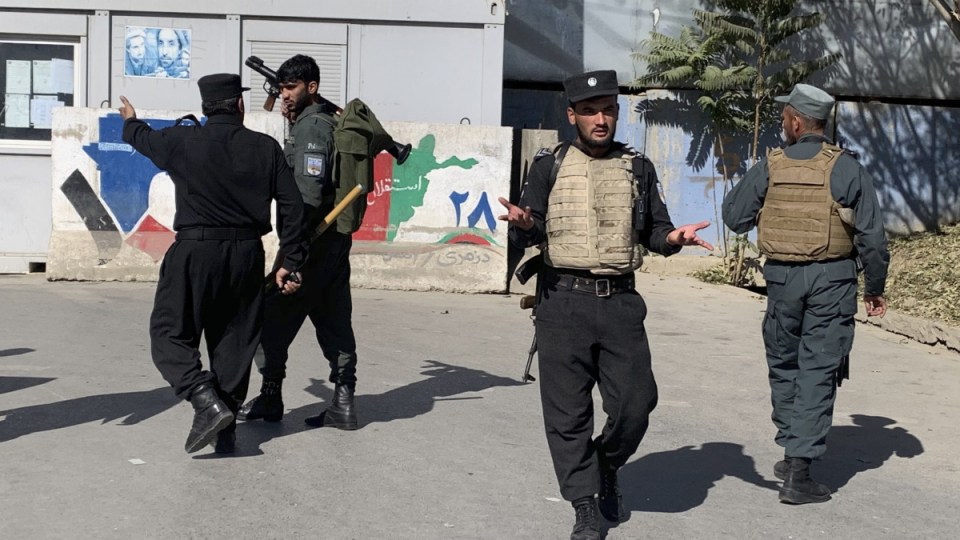 Afghan police arrive at the site of an attack at Kabul University on Monday. Photo: AP

The attackers were targeting students and fired on them as they fled in the Afghan capital, one witness said.

“They were shooting at every student they saw,” Fathullah Moradi told Reuters, saying he had managed to escape through one of the university’s gates with a group of friends.

The Taliban said their fighters were not involved in Monday’s assault.

No other group immediately claimed responsibility.

Witnesses said the attack followed an explosion in the area.

“At least 10 killed many others wounded,” the senior government official told Reuters on condition of anonymity as he was not authorised to speak to media.

At least 15 people were injured, a police source said.

Strongly condemn the attack on Kabul University. Heartfelt condolences to the families of the victims. Such acts of violence are carried out by terrorists who are against peace in Afghanistan. The same terrorists are responsible for the killings of our people here.

“This is the second attack on educational institutions in Kabul in 10 days. Afghan children & youth need to feel safe going to school,” he said in a statement.

Violence has plagued Afghanistan while government and Taliban negotiators have been meeting in Qatar to try to broker a peace deal and as the United States brings home its troops.