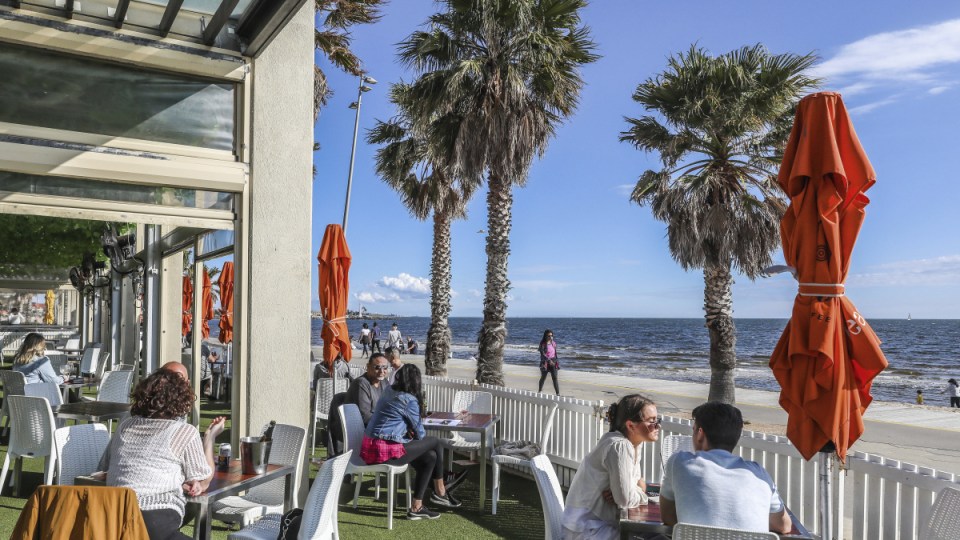 Melbournians enjoyed dining back in restaurants across the city over the weekend. Photo: AAP

New South Wales has urgently asked that anyone who attended a trampoline park or kindergarten connected to the state’s newest locally transmitted COVID case get tested immediately.

“Any child or staff member who attended on either or both of these days is considered a close contact you myself isolate regardless of that test,” Ms Chant said.

The new NSW cases came as Victoria celebrates a third straight COVID-free day after recording no new cases or deaths during the past 24 hours.

The Vic figures bring metropolitan Melbourne’s 14-day rolling average ever closer to zero to 1.9, with only one mystery case still being investigated in the fortnight to October 30.

It was the fifth time there had been of so-called ‘double doughnut’ days during the past week.

In Sydney, Ms Chant said a cluster associated with Jasmine’s Lebanese restaurant in Liverpool was also a concern.

“Investigations are under way. We are also calling out for any staff and patrons who were at the [restaurant] on Sunday the October 25 from 2pm to 3:30pm to continue to come forward for testing,” she said.

“There was a case that was first reported on the 28 October that attended the restaurant while infectious. And although we have undertaken contact tracing, the details of some people who also attended during this time are not available.”

The state also reported no new infections on Saturday, with an expert panel reclassifying one case as a false positive.

The state’s virus death toll remains at 819 and the national figure 907.

Back-to-back days without adding to Victoria’s virus tally coincides with the first weekend of Melbourne cafes, restaurants and pubs reopening to walk-in customers.

More restrictions are due to ease on Sunday November 8, including the scrapping of the so-called “ring of steel” dividing the city from the regions, along with the 25km travel limit.

The last step in Victoria’s roadmap out of lockdown would be taken when the state records zero cases for 14 days, which Professor Sutton said was a realistic goal.

“That would be a significant achievement, it is absolutely not impossible and we’re on track for that in November,” he said.

Active cases ballooned above 7000 in mid-August as the state desperately tried to reign in its rampant second wave.

That figure has been whittled down to just 61 following consecutive days without recording a single new infection or death on Saturday and Sunday.

Professor Sutton expects active cases to tumble further, suggesting it could fall to “a couple of dozen” by next week.

“You’ll see 10 or more come off each day and we’ll get down to very few active cases,” he told reporters on Sunday.

Ireland is leaning on the advice of Professor Sutton for its Melbourne-style lockdown, hoping to learn from the city’s success.

He cited the worsening situation in Europe as a reason for Victorians to reflect on their hard-won gains.