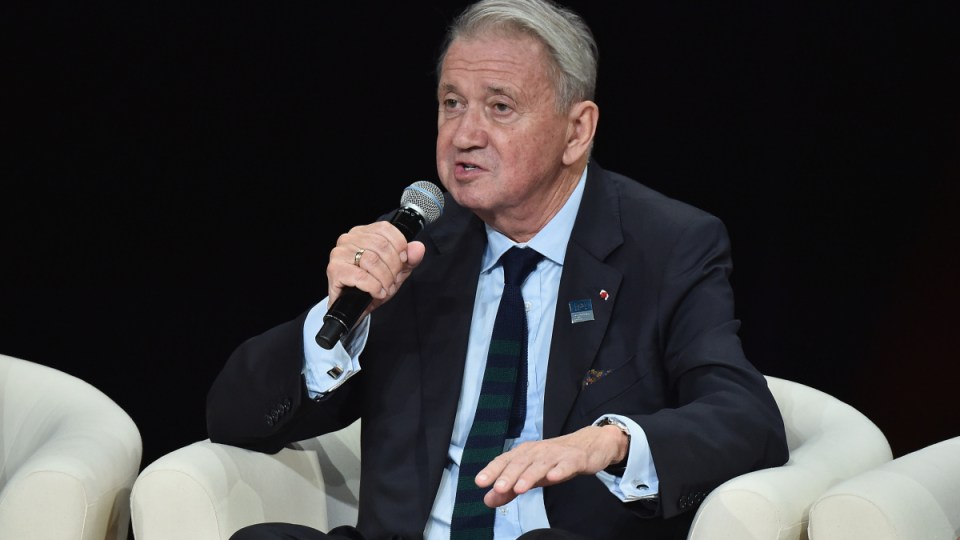 Terje Rød-Larsen has apologised for his poor judgement. Photo: Getty

The president of a global think tank chaired by ex-Australian prime minister Kevin Rudd has resigned after it was revealed he had links to convicted US sex offender Jeffrey Epstein.

CEO Terje Rød-Larsen apologised to the board of the United Nations-affiliated International Peace Institute for his “failed judgment” in securing the $US130,000 personal loan in 2013 from Epstein as well as donations from foundations set up by the convicted pedophile.

Mr Rudd said on Thursday that the revelation was “deeply disturbing”.

Mr Rød-Larsen’s departure comes after Mr Rudd has convened an extraordinary board meeting overnight on Thursday.

“Epstein’s crimes were hideous,” it said in a statement.

“The notion that IPI would be in any way engaged with such an odious character is repugnant to the institution’s core values.”

“I first learned of contributions from Epstein’s foundations to the IPI in November 2019 through reporting by the Norwegian press. I was blindsided by this,” he said in a statement.

“These revelations were deeply disturbing to me and to other members of the board.”

The IPI has since donated a sum equivalent to any donations received from Epstein’s foundations to programs that support victims of human trafficking and sexual assault.

Epstein was convicted in Florida in 2008 of procuring an underage girl for prostitution.

In July last year, he was arrested on federal charges for the sex trafficking of minors in Florida and New York but was found dead in his US prison cell a month later.

Mr Rød-Larsen had a lengthy career working in the Middle East.

In 1993 he was appointed ambassador and special adviser for the Middle East peace process to the Norwegian Foreign Minister.

Three years later he became Norway’s deputy prime minister and minister for planning and cooperation, and from 1999 to 2004 he was United Nations special coordinator for the Middle East peace process and the UN secretary-general’s personal representative to the Palestine Liberation Organization and the Palestinian Authority.

In 1999 he was appointed the UN secretary-general’s special envoy to Lebanon.

In that role he negotiated with Syria, Lebanon and Israel to broker a deal on the withdrawal of Israeli and Syrian troops.