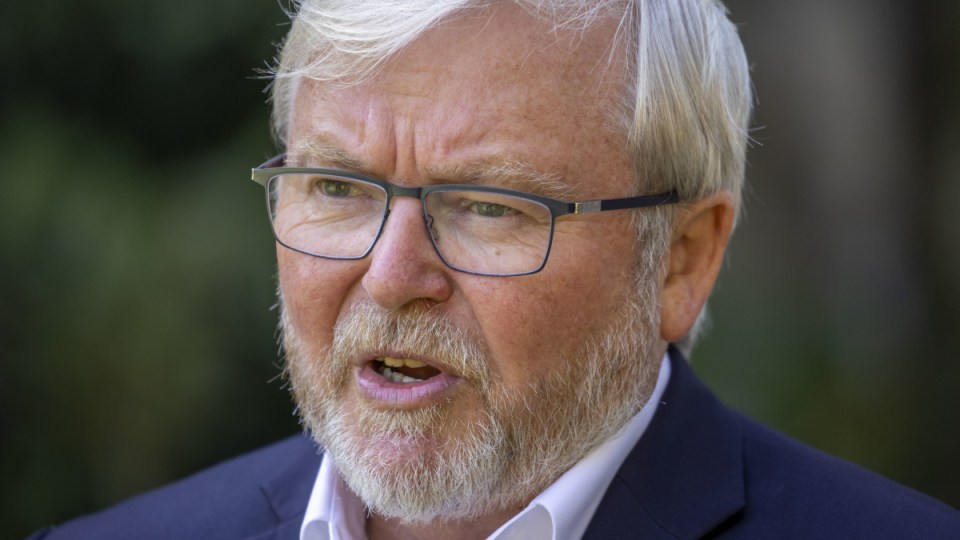 Kevin Rudd worked behind the scenes to try and get more Pfizer released for Australia. Photo: Getty

After a 13-month stint in prison, sex offender Jeffrey Epstein donated a total of $US650,000 ($920,500) to an international think tank chaired by Kevin Rudd.

It would apparently be more than a decade before the former Australian prime minister would realise that Epstein, a wealthy US financier convicted of sex crimes, had donated the money to the International Peace Institute.

Nor did he know the pair had been at social events and a conference call together, according to a new statement from Mr Rudd.

The Sydney Morning Herald is reporting that Mr Rudd was “blindsided” and “deeply disturbed” to learn that the long-time president of the think tank, Terje Rød-Larsen, had close ties to Epstein.

Mr Rød-Larsen, who is friends with Mr Rudd, is just one of a number of elite figures to be under scrutiny for continuing a relationship with Epstein even while evidence emerged of his disturbing sex trafficking and abuse of underage girls.

Former US president Bill Clinton, current President Donald Trump and Prince Andrew are among the other men linked to Epstein.

The IPI began receiving donations from the disgraced financier after he was found guilty of paedophilia.

The board, which was being facilitated by the IPI, was there to advise Mongolia’s president, particularly on regional and global peace and security.

Epstein was arrested for trafficking underage girls and found dead in jail after an apparent suicide in August 2019.

Three months later Mr Rudd “learned of contributions from Epstein’s foundations to the IPI”, he told the SMH on Wednesday night.

“Mr Rød-Larsen has apologised to the board for what he has described as his grave error of judgment. I am deeply disappointed that the board has had to learn about so much of this through the media,” he said.

Mr Rudd joined the IPI in 2014 after he left Parliament.

That year he partook in a teleconference call, after which he was informed by IPI staff that “Epstein was apparently among the 10 participants of the teleconference”, Mr Rudd said.

The money was also offered to Mr Rudd in 2016, but he did not accept it, SMH quoted him as saying.

Mr Rød-Larsen told IPI staff to give the money to Epstein instead, according to an email obtained by DN.

The emails said: “I had dinner with Kevin yesterday evening, and he said we could keep his share.

“For form’s sake we should send it to Jeff. However, I am sure we will get it back many fold!”

Mr Rudd said he had been advised that Epstein was not remunerated.