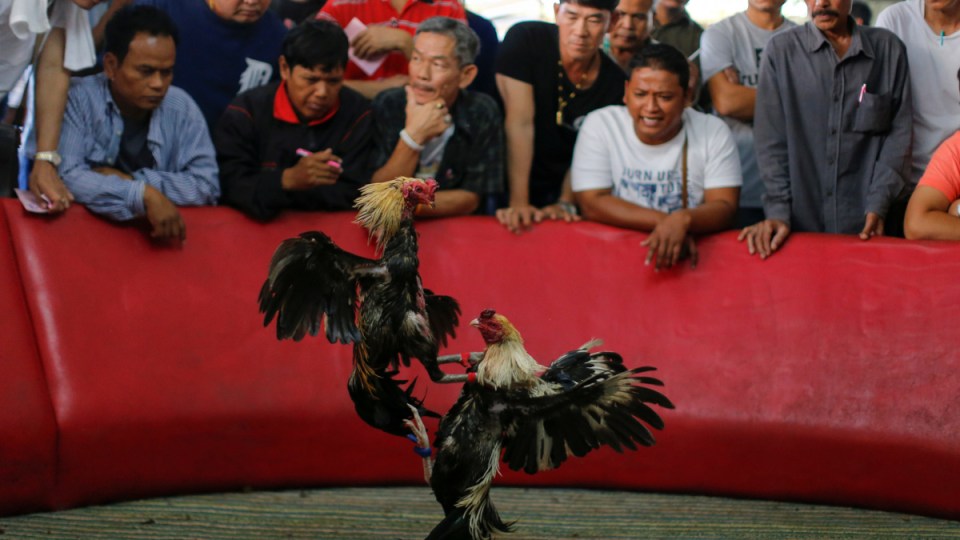 A police officer died during a raid on a cockfight in the Philippines. Photo: Reuters

A Philippines police officer has been killed by a rooster with a blade attached to its leg during a raid on an illegal cockfight, officials say.

Christian Bolok, the chief of police in the town of San Jose in Northern Samar province, about 480 kilometres south of Manila, was rushed to hospital after the incident on Monday, but was declared dead upon arrival.

He led a team of police officers in a raid on the illegal cockfight in a village in San Jose and picked up one of the roosters.

“I have a heavy heart as we have lost a brother who sacrificed his life in the name of service,” he said in a statement.

“It was an unfortunate accident and a piece of bad luck that I cannot explain.”

Cockfighting is popular in the Philippines, where legal fights are held in licensed cockpits usually at weekends, and spectators can place bets on the result of the match, which often ends in death of one of the roosters.