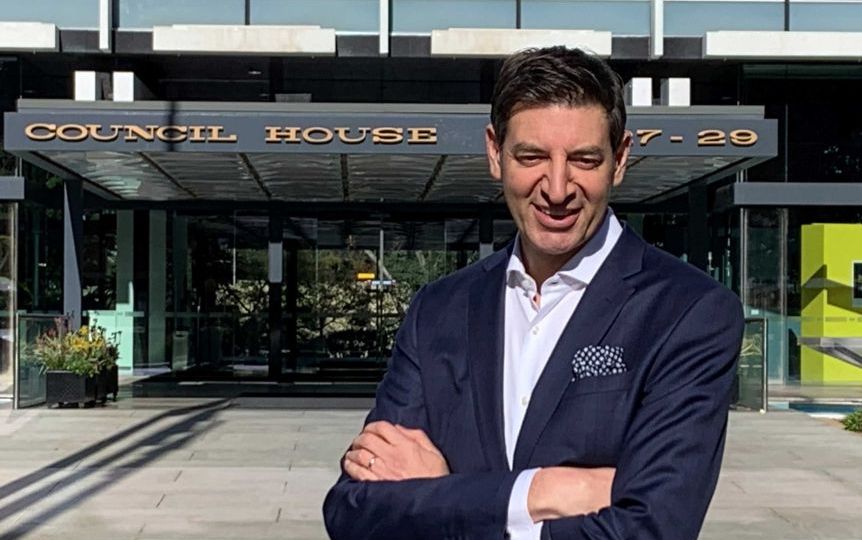 Equality groups have branded comments the Perth Lord Mayor made about transgender people on breakfast radio “repugnant and bigoted”.

Basil Zempilas, who was elected to office earlier this month, told listeners of the breakfast show he co-hosts on 6PR it was “wrong” for someone to identify as a different gender to their physical anatomy.

Mr Zempilas then laughed off a suggestion by co-host Steve Mills that he would likely come into contact with transgender people in his role as Lord Mayor.

Mr Zempilas also called for any women with a penis to ring the radio station for the chance to win a $100 store voucher.

When Mr Mills suggested that people in the wider community may disagree with his stance, Mr Zempilas replied: “Well mate, if you want to go softy, lefty, namby-pamby.”

The pair had been discussing an LGBTIQ boxing tournament in Sydney, which led to a debate about parents who did not identify their children as male or female.

“Further, it puts LGBTQIA+ people at increased risk of harm, when we are already a vulnerable group in society.”

“It is possible to appear one way and feel another and when someone says they’re transgender, they are simply saying they feel differently to how they appear,” Mr Ward said.

“[That is] sex being your physical appearance and your biology whereas gender is how you identify psychologically, whether you’re feminine or masculine.”

“I think people need to be educating themselves about what they’re speaking about and if they do have that stage, and they are commanding such a large audience, they should be making educated statements,” he said.

Zempilas says he will apologise if he caused offence

However, Mr Zempilas told local publication Out in Perth he would apologise if anyone was offended as that was not his intention.

In accepting the Lord Mayor role, Mr Zempilas said he would resign from his top-rating 6PR radio show duties later this year.

He said he would remain a sports presenter for Seven West Media and continue to write a weekly column for the West Australian newspaper, which is also owned by Seven West Media.

That column was also the source of backlash from human rights groups, after Mr Zempilas wrote about how he would “forcibly remove” homeless people from the Perth’s streets, calling them a “blight” on the city.

He later apologised for the comments.

The City of Perth, a long-standing sponsor of Perth’s annual Pride parade, declined to comment.