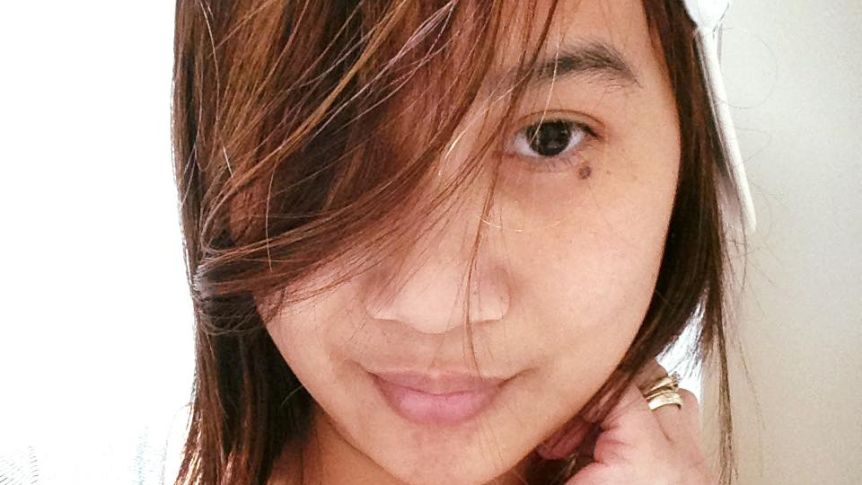 Caroline Dela Rose Nilsson has been standing trial in the Supreme Court for the past eight weeks. Photo: Facebook

A jury has been discharged after failing to reach a verdict in the trial of an Adelaide woman accused of the murder of her mother-in-law.

In the case against Caroline Dela Rose Nilsson, the eight men and four women had deliberated for almost 40 hours over five days before being discharged on Tuesday night.

Justice Chris Bleby discharged the jury after eight weeks of evidence, telling jurors it was a complex case.

Ms Nilsson, 29, will face trial again and her lawyers have flagged a possible bail application.

Ms Nilsson was found in a state of hysteria with her hands and feet bound in September 2016 and told police that she and her 57-year-old mother-in-law had been the victims of a violent home invasion.

The 57-year-old was bludgeoned to death in the laundry of the Valley View home they shared when she arrived home from work.

Prosecutors alleged the accused was in the house at the time and later told police there had been a home invasion involving two or three men who assaulted her, tied her up with tape and speaker wire, and ransacked the house.

But they said it was the Crown case that no strangers came to the house that evening and Ms Nilsson had lied to cover up the killing.

However, Ms Nilsson’s defence described her as a loving mother who had a good relationship with her mother-in-law.

They said there was no motive for the alleged attack.

The court also heard that the accused’s three children – then aged one, three and five – were at home at the time and the three hours that followed.

“How three children were kept quiet, contained and distracted while these events unfolded will no doubt be a question that occupies you,” she said.

She said hair samples taken from the children were tested and the two older children returned positive results for Tramadol – a pain relief drug that causes sedation and reduces emotional reactions.

During the trial, jurors were told that Ms Nilsson’s home invasion story was contradicted by evidence from the victim’s smartwatch, which had documented her death.

Prosecutor Emily Telfer SC told the jury that Ms Nilsson “fabricated” a story to police that she and her mother-in-law had been the victims of a home invasion.

She said the accused told police that she was attacked, bound and gagged by two or three men “who looked like tradies”, before escaping from the family home about three hours later and being found distressed by neighbours.

“None of the versions that Caroline Nilsson told police were true,” she said.

Ms Telfer said the victim was wearing an Apple Watch which tracked her last movements, recording a “flurry” of 65 movements in 39 seconds before her heart rate stopped at 6.41pm on that day.

“The Apple Watch is more than just a watch – it records and keeps track of the wearer’s level of activity and the amount of energy they are using as they move through the day,” she said.

“The Apple Watch that Myrna Nilsson was wearing when she was attacked and passed away recorded her pulse, her step count and her energy expenditure.”

In his closing address to the jury, Heath Barklay SC, for Ms Nilsson, said his client was a loving mother who had a good relationship with her mother-in-law and there was no evidence of animosity between them.

“You should have an unease about this prosecution case,” he told jurors.

“It just seems so inherently unlikely that this nice, loving mother is just going to turn into some sort of psychopath – kills her mother the moment she gets home, drugs her kids, searches the internet for a while, changes her bloody clothes and then presents as a victim.

“She is in love with her husband. She’s sending him nice text messages. This is minutes before she’s meant to turn into a cold-blooded killer.”

The jury first went out on Wednesday last week and despite continuing into the night on Tuesday were unable to agree, bringing the near eight-week trial to an end.

They were discharged with a hearing scheduled for next week when Nilsson is expected to apply for bail.

The five days of deliberations are among the longest in recent SA history.

In 2003, it took the jurors in the Snowtown murders case seven days to return their guilty verdicts.