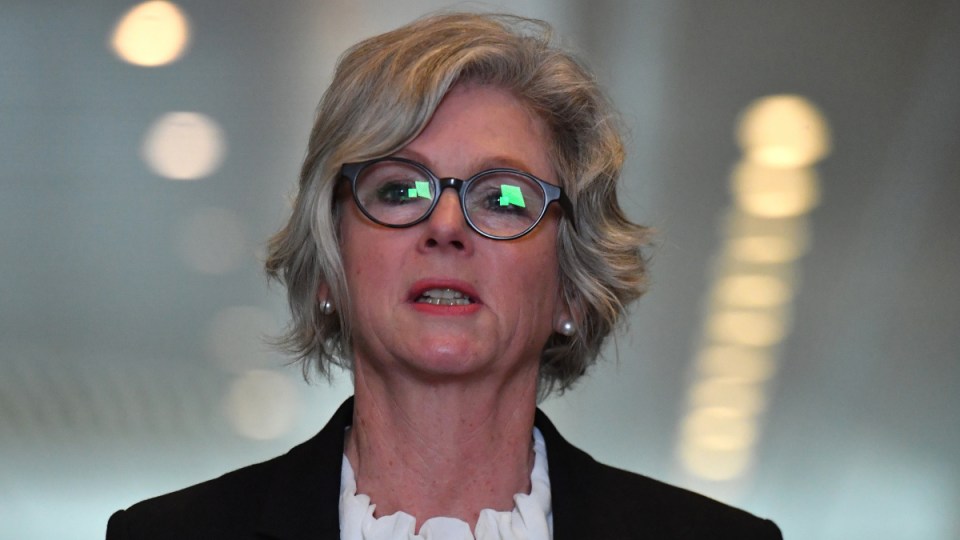 Helen Haines slammed the government for not legislating on a federal anti-corruption body. Photo: AAP

A crossbench plan to implement a federal anti-corruption commission has lit a fire under the federal Coalition and upped pressure on Scott Morrison to act on mounting government rorts.

“Like the Australian people, I’ve lost patience after watching rolling scandals and nothing coming of it – except diminishing trust in politicians when we most need it,” said independent federal MP Helen Haines, as she introduced her bill to create a federal integrity commission (AFIC).

This week’s scandals in federal entities and the infrastructure department are just the latest in a growing clutch of questions about government spending, reigniting calls for a federal corruption and integrity body to proactively investigate such issues.

Each of these issues cover different issues, but have bolstered calls for a national integrity body that scrutinises politicians and authorities.

To recover from this crisis, we need a better politics.

The first-term MP said creating such a body could “define this Parliament”.

She said she developed the bill in consultation with government and opposition politicians, as well as attracting the support of the Greens, and fellow independents Rebekha Sharkie, Andrew Wilkie and Zali Steggall.

“This bill comes right through the middle. It makes sense it comes from the crossbench,” Ms Haines said.

How would it work?

The proposal would create an integrity commission and give it the power to assess and investigate allegations of serious corruption, including referrals from the public or whistleblowers.

Statutory definitions would protect against frivolous or vexatious claims.

The watchdog would be able to hold public hearings, and private hearings could be requested with a strong reason.

A legally binding code of conduct for federal politicians and their staff would also be introduced.

Federal Labor has long pushed for an integrity commission, while the Greens have had a model of their own passed through the Senate.

It was revealed last week that the federal government had been delivered a proposal for such a commission in late 2019, but took no action on it.

“The watch is ticking on the need for a national integrity commission,” Labor leader Anthony Albanese said in Parliament on Monday, as the opposition peppered the government with questions on its delay in enacting such a body.

Ms Haines, the Member for Indi in Victoria, said her proposal was stronger than that being considered by the government, but had important protections to prevent innocent reputations being sullied.

“My bill is practical and balanced. It contains none of the weaknesses in the government’s proposal and includes new safeguards to protect against the shortcomings of state models. This includes legitimate concerns about personal reputations being trashed for no reason,” she claimed.

Ms Haines said the Australia Post, ASIC and Leppington issues could be investigated under the model she proposes.

“Any member of the Parliament, any good decent public servant who sees something going wrong, could make that referral into the commission with full whistleblower protection,” she told The New Daily at a press conference.

She will need several Coalition members to support her bill, to even have it brought on for debate in the Parliament, let alone a vote.

Labor’s shadow attorney-general Mark Dreyfus told the ABC on Monday that the opposition would vote in favour of debating the bill, but reserved judgment on whether it would support it in a final vote.

Even with Labor support, several government members would need to support the bill for it to even make it to the floor of Parliament.

Ms Haines wouldn’t name the government MPs with which she had consulted, or whether they had pledged to support her, but said she hoped her “consensus” bill would be supported.

“It is neither a star chamber nor a toothless tiger – it’s the robust and independent body we need now more than ever,” she said.

Greens senator Larissa Waters, who supported Ms Haines’ proposal, said her party’s bill had passed the Senate and was waiting for consideration by the House of Representatives.

It was revealed on Monday that the investigation into Australia Post would scrutinise the watches scandal but also look at how the government business spent money generally.