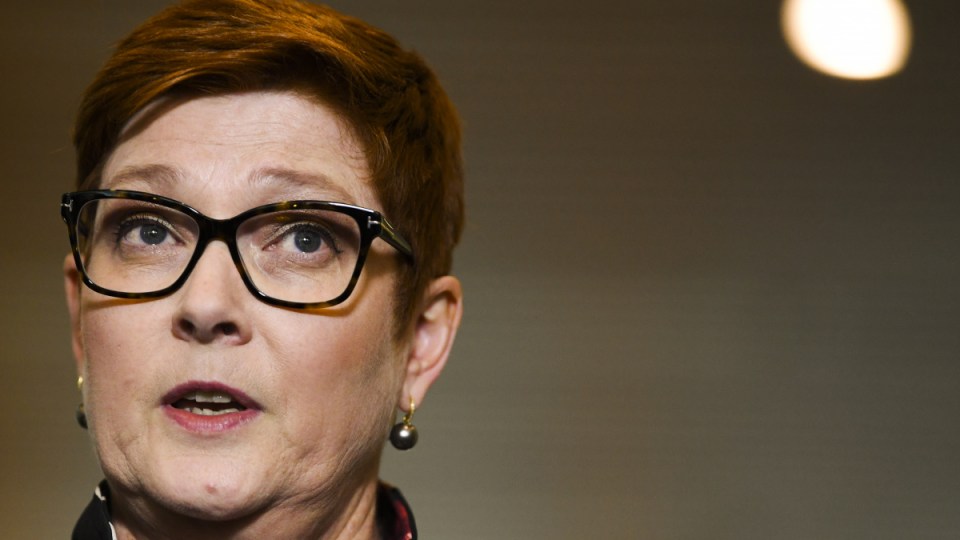 Senator Payne said a one-on-one meeting with her French counterpart was not settled at this point in time. Photo: AAP

Foreign Minister Marise Payne has slammed an “extraordinary” and “offensive” incident where Australian women were subjected to invasive strip searches at a Qatar airport, issuing a “please explain” to the Gulf state’s government.

“It is not something that I have ever heard of occurring in my life, in any context,” Senator Payne said in Canberra on Monday.

The scandal was sparked after staff at Doha’s Hamad international airport found a newly-born baby in a bathroom earlier in October. Airport employees, citing medical advice, began searching for the mother of the newborn child.

This allegedly led to several women, including 13 Australians on a flight bound for Sydney, being taken off their plane and forced to undergo invasive physical searches in an ambulance parked on the airport tarmac.

Seven News, which broke the story, reported the search included women being asked to take off their underwear before being examined.

A spokesperson for Hamad airport said the baby was safe and well, and claimed the search was done on doctor’s orders.

“Medical professionals expressed concern to officials about the health and welfare of a mother who had just given birth and requested she be located prior to departing [the airport],” they said in a statement.

The story prompted instant outrage in Australia, with Senator Payne releasing a strongly-worded statement calling the strip search “offensive, grossly inappropriate, and beyond circumstances in which the women could give free and informed consent”.

In a Canberra press conference on Monday, she went further, saying federal diplomats and the Australian Federal Police were making inquiries.

“Australia has taken this occurrence seriously and taken it up directly with Qatari authorities,” she said.

“We have been liaising with both Qatari authorities here in Australia and in Doha.”

The Foreign Minister called it “a grossly disturbing, offensive, concerning set of events”. She did not share any further details of those involved, such as ages or the treatment they were allegedly subjected to.

She also declined to say what action Australia could or would take in response to the incident.

Senator Payne said a report on the incident from the Qatar government was expected in days, and that Australian authorities were providing support – including mental health – to those subjected to the searches.

“That is a matter that they are still making information available on, and inquiries are still under way. Then we will determine the next steps,” she said.

NSW Police said the women involved had been required to undergo standard hotel quarantine after arriving into Sydney.

“Those women completed mandatory quarantine in NSW, during which time they were provided with medical and psychological support by NSW Health,” police said in a statement.

“NSW Police referred it to the relevant Commonwealth authority.”

The New Daily has contacted the AFP for comment. In an earlier statement, the AFP said it was engaging with the Department of Foreign Affairs, but that it would be “inappropriate to comment any further”.

It’s unclear what jurisdiction the AFP has to investigate the incident, considering it occurred in Qatar. Senator Payne was unable to comment on the AFP’s power in that regard.

Labor leader Anthony Albanese called for a strong government response to the incident.

“The government has a relationship with Qatar. It is in a position to regulate a range of activities. And I would have thought that it needs something other than just strong words,” he said Monday.

“The Australian government should be demanding answers from the Qataris, the airline, but also the government that would have regulated the airports.”

Mr Albanese said he would wait for a briefing before suggesting what specific action could be taken by the federal government.

“The reports are really disturbing. The idea that women could be subject to these very intrusive searches is, in my view, an absolute disgrace,” he added.