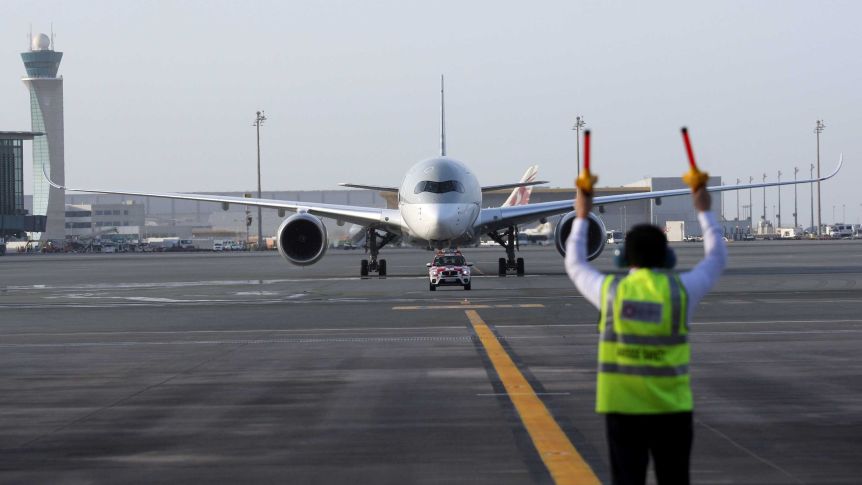 The Australian Government has registered “serious concerns” with Qatar after women on board a flight from Doha to Sydney were subjected to an invasive internal examination.

Seven News has reported that a premature baby was found in a terminal bathroom at the Hamad International Airport in Doha earlier this month.

A statement from Hamad Airport confirmed the baby is safe and is receiving medical care.

“At this time, the newborn infant remains unidentified, but is safe under the professional care of medical and social workers,” the statement read.

“Medical professionals expressed concern to officials about the health and welfare of a mother who had just given birth and requested she be located prior to departing [the airport].”

The mother of the baby has not been located.

Women on board a flight that was bound for Sydney, including 13 Australians, were detained and forced to undergo an examination in an ambulance parked on the tarmac.

The women were required to take off their underwear for the invasive medical examination but were not told why.

“The Australian Government is deeply concerned at the unacceptable treatment of some female passengers on a recent Qatar Airways flight at Doha Airport,” she said.

“The advice that has been provided indicates that the treatment of the women concerned was offensive, grossly inappropriate, and beyond circumstances in which the women could give free and informed consent.

“The Government has formally registered our serious concerns about this incident with Qatari authorities.”

“Those women completed mandatory quarantine in NSW, during which time they were provided with medical and psychological support by NSW Health,” it said in a statement.

“NSW Police referred it to the relevant Commonwealth authority.”

The Australian Federal Police said it was aware of the reports and was engaging with DFAT, adding it would be “inappropriate to comment any further”.