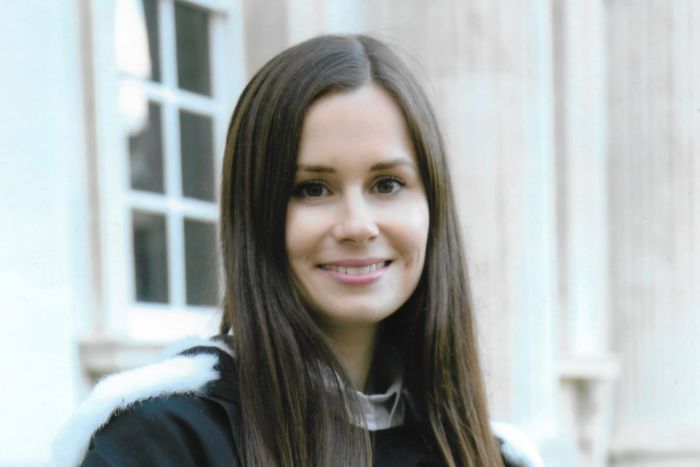 Friends of Dr Moore-Gilbert said contacts in Iran told them she had been taken somewhere else with all her belongings over the weekend.

Similar reports had been issued by the Human Rights Activists News Agency (HRANA) in Iran.

Jessie Moritz, who is a friend of Dr Moore-Gilbert’s, said they were worried about what has happened to her.

“It is very concerning not to know where she is,” she told the ABC.

“We are probably not going to know for another couple of days which is going to be a stressful period of just waiting and hoping.”

Dr Moore-Gilbert, who was a lecturer at the University of Melbourne, was arrested in Tehran in September 2018.

She was sentenced to 10 years in prison for espionage, charges she and the Australian Government reject.

The Department of Foreign Affairs and Trade (DFAT) will not confirm if the reports are correct.

The ABC put specific questions about Dr Moore-Gilbert’s whereabouts to DFAT but a spokeswoman instead issued a generic statement.

“The Government’s continuing efforts to secure Dr Moore-Gilbert’s release are an absolute priority,” the statement said.

“We remain focused on her health, wellbeing and safety.

“Our Ambassador in Tehran has regular consular access to Dr Moore-Gilbert.”

Ms Moritz has urged DFAT to shed some light on the situation.

“Regular consular access can mean once every couple of months, it does not mean every day or every week, it is not particularly specific,” she said.

“I understand there is a need for secrecy around these types of cases to an extent but I would really call on the Australian Government to ensure that she is safe and that they do have access to her at this time.”

The Australian Director of Human Rights Watch Elaine Pearson said there are too many unknowns.

“We know from her letters that she has suffered and endured quite a lot in prison.

“We know that the conditions with COVID are very bad in Iran.”

Iran is in the grip of its third coronavirus outbreak and Qarchak prison has battled to contain an outbreak among inmates and guards at the prison.

More than two years behind bars

“We don’t accept the charges upon which she is detained and we continue to make that case,” she said earlier this year.

Dr Moore-Gilbert has spent most of her time since her 2018 arrest in solitary confinement in Evin Prison and was transferred to Qarchak Women’s Prison a few months ago.

The prison has been described by some as one of the most dangerous in Iran due to its inhumane medical and psychological conditions.

Australia’s Ambassador to Iran, Lyndall Sachs, visited Dr Moore-Gilbert in August and DFAT issued a statement shortly after that stated she was doing OK.

“Dr Moore-Gilbert is well and has access to food, medical facilities and books,” the statement said.

However, details about the Australian academic have since been sparse.